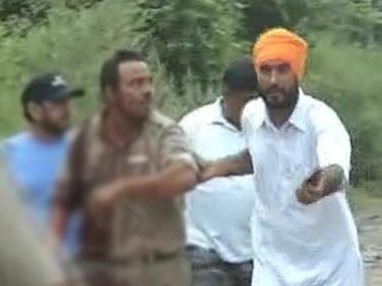 Editor-in-Chief of indiacommentary.com. Current Affairs analyst and political commentator. Writes for a number of publications. View all posts by this Author
The terrorist attack on a bus and police station, as well as the discovery of bombs on railway tracks near Dinanagar, an area that borders Pathankot where many army establishments are located, proves that Pakistan is trying to open new fronts in its covert war against India. Till now, Punjab was free of cross border terrorism. With this attack, the Pakistani army is backing militants to open new attack lines on the Indian military and civilian establishments.

That it was a planned attack involving highly trained operatives is proved by the fact that bombs were laid on railway tracks and simultaneously, civilian targets were attacked. The idea was to inflict maximum damage on innocent civilians and cause terror. The Indian security agencies should be commended for discovering and neutralizing the bombs before they could go off.

Pakistan is showing increasing belligerence at the border and sending larger teams of covert operatives across the border ever since the joint statement was issued in Ufa. This is a familiar scenario each time the two countries issue a joint statement. But this time, after Pakistan faced a lot of embarrassment by accusing India of sending a spy drone inside its territory which it claimed to have shot down, but which in fact was its own spy craft, the military establishment of that country has upped the ante.

Cross border firing resulting in civilian deaths has become routine on the LoC. However, that is routine affair and the Indian army is well equipped to handle it. What is worrying is that the Pakistanis have decided to attack in places hitherto left alone. Guerilla warfare results in lots of innocent deaths. PakistanÃ¢â¬â ¢s intention is precisely that. But the Indian government and its security agencies will have to be on their toes to prevent their ulterior motives.

The biggest hindrance against any counter terrorist operation is the accusations of violation of human rights against the security agencies. But the fact is that when the agencies comb an area to flush out terrorists, some obtrusion into the lives of private citizens is unavoidable. It is upon the security agencies to minimize this. Also, a watch should be kept on the men to prevent atrocities and even rapes that are sometimes reported during these operations.

Having said this, no effort should be spared in tracking down the terrorists sent from across the border and their local minders and helpers. There is a well established chain that helps these intruders, fuelled mainly by fear and the excellent payment these terrorists groups make to local help. India needs to bust these chains. Intruders will not be able to strike at will if they do not get help at the ground.