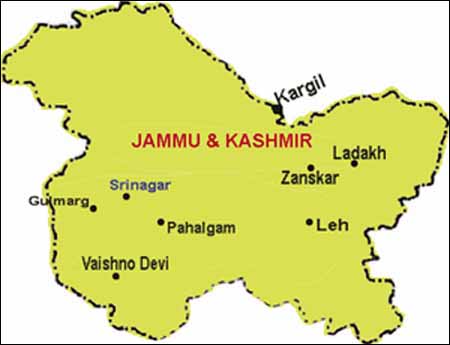 Be Serious About Countries Omitting Kashmir From Maps of India

Be Serious About Countries Omitting Kashmir From Maps of India

Editor-in-Chief of indiacommentary.com. Current Affairs analyst and political commentator. Writes for a number of publications. View all posts by this Author
There was an issue of an Indian map not showing Jammu & Kashmir when the Prime Minister Narendra Modi was visiting Australia for the G20 summit. The man on the street was suitably angered as the news channels tried to create a huge controversy over the incident. Many were of the view that the PM should have left the dais as it was an insult to India. That would have been an extreme reaction at an international event that would have lowered IndiaÃÂ¢Ã¢âÂ¬Ã¢"Â¢s prestige. There are other ways to protest.

Frankly speaking, this question of Indian maps in most foreign countries showing India without its ÃÂ¢Ã¢âÂ¬ÃÅcrowning gloryÃÂ¢Ã¢âÂ¬Ã¢"Â¢ of Jammu & Kashmir is cropping up much too frequently and needs to be addressed in a more concerted and serious manner than being done till now. As of now, India takes up the issue with respective countries as and when such an omission is brought to its notice. That this error raises its ugly head at times of important international events adds more acrimony to the issue.

Hence, the ministry of external affairs should take up this issue with all countries of the world, impressing upon them the need to include Jammu & Kashmir as Indian territory in their official world maps. They should be told in no uncertain terms that India would not tolerate such omissions henceforth and would treat them as interference in its internal affairs. To support its claim, India should present all the legal material that is already in the public domain. The Instrument of Accession signed by Maharaja Hari Singh, the Constitution of India and even the separate Constitution of J & K, all recognize that the state is an integral part of India.

Hence, instead of facing embarrassment, acrimony and public outrage, the external affairs ministry should start a mission in educating nations across the globe in this regard. It should make them rectify their maps if J & K is not shown as an Indian state. It should make it a point to vet all maps before any bilateral or international event to check if J & K is indeed shown as such. For some months, it might raise the hackles of other countries, but once they are convinced of the Indian seriousness in the matter, one is sure that the mistake of omitting J & K from Indian maps will not be made thereafter.