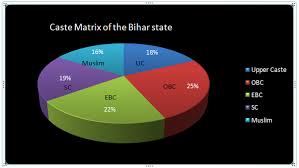 Editor-in-Chief of indiacommentary.com. Current Affairs analyst and political commentator. Writes for a number of publications. View all posts by this Author
Regional satraps like Nitish Kumar show a disconcerting tendency to think that the state they rule over is their personal fiefdom. Just because the people voted a regional alternative to national parties does not mean that they handed over the state to them forever. This identification of the state with himself or herself is a manifestation of a bloated ego and nothing else.

In the current fracas over PM ModiÃ¢â¬â ¢s remark about DNA, the very fact that Nitish Kumar and his party have sought to turn it into an insult for Bihar gives credence to the riposte by the BJP that Nitish or his party is not Bihar. In fact, Bihar is insulted when people like Nitish seek to identify it only with themselves. What happens when the mentality of Ã¢â¬ÅI am the StateÃ¢â¬Â is allowed to grow is well documented in Laloo PrasadÃ¢â¬â ¢s case.

This time, with an alliance with RJD under his belt, Nitish thinks he has nearly 40% of the votes lined up in the allianceÃ¢â¬â ¢s favour. Hence, he is showing extreme bravado. But polling stations have a habit of throwing up surprises. Also, the alliance sewed up in Bihar is very shaky. Both the main protagonists, Laloo Prasad and Nitish Kumar, are wary of backstabbing. They will only concede an inch when asked for a foot and that too with extreme reluctance. So, when it will come to seat sharing formula, there will be a lot of heartburn. The party worker at the grassroots level will not be inclined to work for anyone who does not represent his own caste or community.

This is what the caste based parties in Bihar have to reap as they sowed the seeds of division by fine tuning caste alignments to the last thousand. With castes having been broken into thousands of sub castes and each of them having a satrap who caters to a few hundred square kilometer of territory, Bihar represents a classic case of overdoing things. Loyalties are sacrosanct and a Laloo-Nitish alliance will not automatically translate into 40% votes. The alliance can only hope to win if, and it is a big if, seat sharing is done with precision.