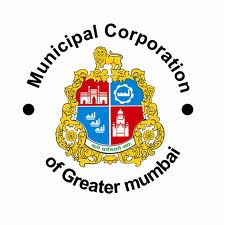 BJP Does the Unexpected in BMC

BJP Does the Unexpected in BMC

Editor-in-Chief of indiacommentary.com. Current Affairs analyst and political commentator. Writes for a number of publications. View all posts by this Author
The BJP has done a smart job of giving the Shiv Sena a free hand in the BMC. Despite getting just two seats less than the Sena, the party has said that it will not contest for the Mayors post, or any other posts for that matter. It will leave the Sena to run the BMC. Although there is no alliance between the two parties, the BJP has decided that it will not sit in the opposition and will offer outside support to the Sena.

This can be seen as a strategic move by the party. The two parties rule Maharashtra in an alliance. The Sena has been flexing its muscles for the last few months, with Uddhav Thackeray not sparing even Narendra Modi in his vitriolic comments. Thackeray vehemently criticized demonetization. At times, it seemed that the two parties were not allies but avowed enemies. State chief minister Devendra Fadnavis campaigned for the BMC elections as if it was a state election. Now, having proved its point by matching the Sena in Mumbai and crushing it, the Congress and the NCPelsewhere in the state (except Thane where Sena won a majority), the BJP wants to consolidate its position in the whole of Maharashtra.

The concession in the BMC may be seen as an attempt by the party to keep Uddhav in good humour so he doesnt rock the state government by withdrawing support. The BJP had taken out insurance by giving the Padma Vibushan to NCP chief Sharad Pawar lest it wanted his support to keep the government running in the state. But after the civic polls, the NCP must be wary of supporting the BJP since it has made deep inroads into NCP territory in Maharashtra. Sharad Pawar must now be worried about the shrinking support for his party.

In any case, both the Sena and the NCP are now down to the last cent where party funds are concerned. Having fought three elections in less than three years, the two parties are precariously placed. Despite the growing influence of the BJP in the state, neither of the two smaller parties would want to rock the boat at this juncture as it will mean they will have to fight another election, for which they are neither financially nor politically prepared.

Political sense would have dictated the BJP to insist on having a mayor of its own in the BMC and an equal number of other posts. This would have pushed the Sena into breaking the alliance in the state assembly and fresh elections would have been called if the NCP did not support the BJP. But then the Sena would have assumed a high moral ground and BJP would have been hard pressed to explain its stand to the people. By renouncing its claims in the BMC, the BJP has smartly forced the Sena to continue to support its government in the state assembly. The Sena must also be pleased as it will now get the chance to fill the party coffers by donations from people in the richest city in the country.

But the BJPs support in the BMC is not unqualified. It has kept the threat of withdrawing support by saying that it will support as long as the Sena runs the BMC well and transparently. That obviously means that the BJP will have a lot to contribute behind the scenes. If things go well, good. If not, all the blame will be on the Sena. How this arrangement is going to work out will depend on how Uddhav is going to handle the BJP interference in the running of the BMC.