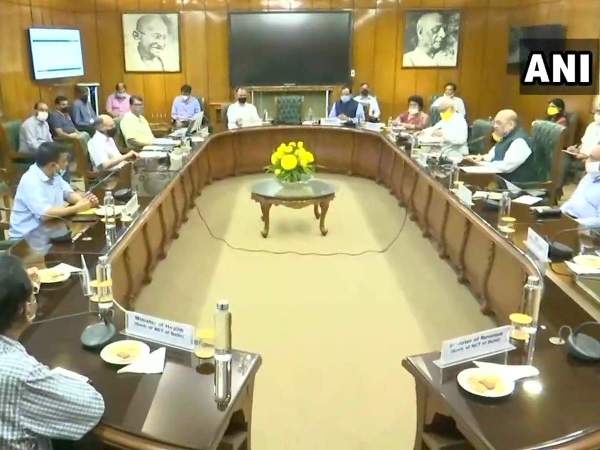 Centre-State Cooperation Is The Need Of The Hour In Delhi

Centre-State Cooperation Is The Need Of The Hour In Delhi

Despite the initial bravado shown by Arvind Kejriwal in tackling the Covid crisis, it is clear that his government has allowed the matter to slip out of its control. But the AAP government alone cannot be blamed for the sorry state of affairs. Given its importance as the national capital and the fact that the Centre handles the policing in the region, the Centre should have kept an eye on the situation. That Home Minister Amit Shah attended the state disaster management authority meeting yesterday and promised all help to the Delhi government is good, but a lot of vital time was wasted by delaying the action. The Delhi government was showing its frustration for a long time now by either sealing the borders or trying to reserve beds in Delhi government hospitals for Delhiites only (it was later quashed by the LG). Kejriwal and his ministers also started making statements that clearly showed that the medical infrastructure in Delhi was not sufficient to cater to the number of cases that were expected to grow exponentially.

That was the time the Centre should have lent a helping hand. The fortnight that has passed since the hospital reservation order has worsened the situation. The Centre will now provide 500 converted railway coaches that will add another 8,000 beds to Delhi's health infrastructure; there will be house-to-house surveys in containment zones for contact tracing; a high-level committee has been constituted to submit a report on rates to be charged by private hospitals for testing and treatment; funerals, cremations and burials will be streamlined and new guidelines will be issued; five senior officials will be deputed by the Centre to help Delhi with the health crisis; a joint Centre-state team will inspect facilities in all Covid-19 hospitals; oxygen cylinders, ventilators and other health supplies will be provided by the Centre. In addition to this, the testing rate will be doubled in two days and tripled in 6 days.

These are all necessary measures and hence welcome. These are extraordinary times and both the Centre and the state government must work together to ensure that the fight against Covid-19 is carried out properly. Every entity has to put in its best effort and hence private hospitals must not think of fleecing patients or making enormous profits. Their participation is vital to ensure that patients do not suffer if beds are not available in government hospitals. The authorities must fix a rate that gives them reasonable profits and make them a part of the fight. If the joint effort of the Centre and the state government bears fruit, it might even act as the new model of federal cooperation in India. The Centre should monitor the situation closely and must be proactive in helping not only the Delhi government but also the other states where the situation is not in control. But the Delhi government, too, has to tighten its belt and do much better than what it has done until now.