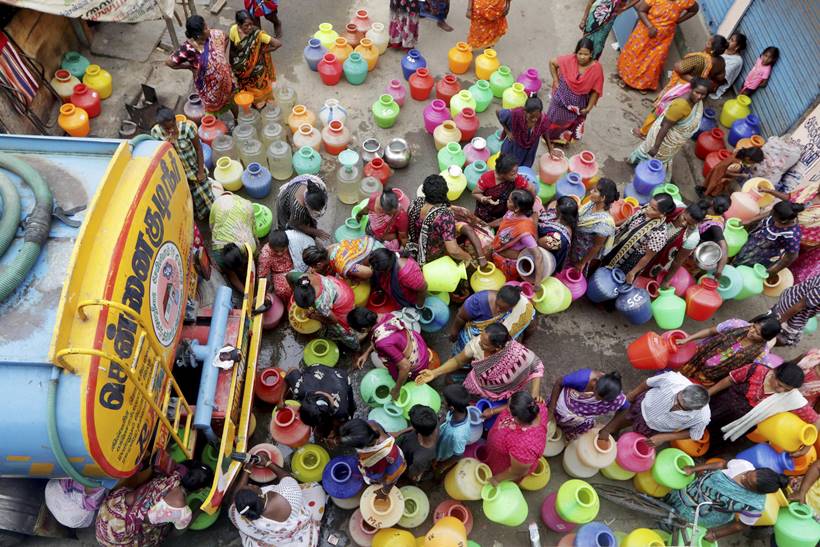 When residents of Chennai are forced to search for drinking water, are paying bribes and even spending nights looking for the elusive water tanker, it is disgusting to hear Chief Minister E K Palaniswami say that the reports of the water crisis in the city are exaggerated. Governments choose to be in denial over every crisis leading to ugly consequences. Palaniswami would do well to take corrective long term measures instead of treating the matter as a one-off situation and giving vague replies to searching questions asked by the Madras High Court.

It is true that the severe summer this year has dried up water in the city at an alarming rate. But the fact is that the government has no water management policy in place. Most of Chennaiâs water bodies have disappeared (this is common to all Indian cities where land sharks in collusion with corrupt politicians and bureaucrats have been appropriating water bodies). The city had 60 large water bodies before 2000. Only 28 remain now. The cityâs water supply has never matched the demand. The Chennai Metropolitan Water Supply and Sewerage Board normally supplies only 830 million litres a day (mld) while the city needs about 1,200 mld. This year, the agencyâs water supply dipped to 550 mld, resulting in a severe crisis.

Prime Minister Modi has said that conservation and proper use of water, including the supply of piped water to most Indian cities, would be the focus of his second term. The Centre has put a new Jal Shakti ministry in place. These are positive developments. The Tamil Nadu government must also recognize that Chennaiâs woes are not temporary or only due to the severe summer. With no water management policy in place, water shortage is likely to be a permanent issue in Chennai. Hence, the government must initiate measures to fix the problem on a long-term basis.