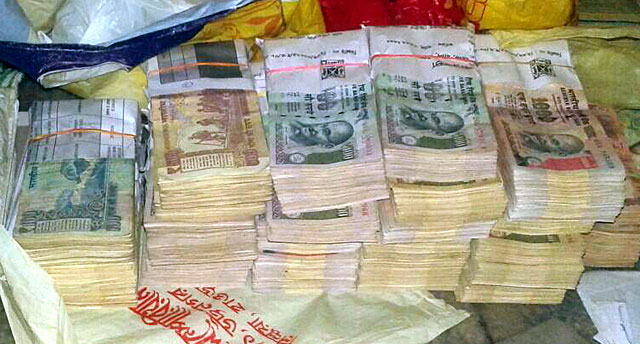 Editor-in-Chief of indiacommentary.com. Current Affairs analyst and political commentator. Writes for a number of publications. View all posts by this Author
One is amazed at the supposed ignorance of people in power. If something out of the place keeps happening with regular frequency in public space how is it that the government agencies mandated to look after such happenings come to know of it only after some scandal takes place or someone files a complaint. Do they keep their eyes closed?

The easiest and most acceptable explanation is that what the public thinks Ã¢â¬" that all of them are thieves. But in any government or civic department with hundreds of people working, there has to be one who is either conscientious or does not get a cut. Why doesnÃ¢â¬â ¢t that one person come forward as a whistleblower? Perhaps, he or she fears for his life and limb. That, again, is a plausible explanation.

The above might seem like a rant, but one was disturbed when Rs 20 crore in cash, jewelry worth lakhs and other assets were discovered last week in the house of a lowly sub-engineer in the Howrah Municipal Corporation (HMC) near Kolkata. Apparently, the unassuming Pranab Adhikary was the kingpin of a syndicate of municipal officers who dished out sanctions for building plans by bending rules to builders who could pay for their services. The racket was going on for more than 20 years.

Adhikary maintained a very low profile (haggling for a few rupees at the local bazaar and paying subscriptions for local functions like Durga Puja almost reluctantly). The cash was found stashed under tiles and cistern in an unused toilet and stuffed in sofa covers. Adhiakry is reported to have charged Rs 1.5 lakh per kottah (720 sq. ft. in Bengal) for sanctioning building plans.

The TMC government was quick to say that the irregularities were from the CPI (M) time. The area served by Adhikary was under Bally Municipality. It was recently merged with HMC. But it forgot one thing Ã¢â¬" it is nearly five years since the TMC came to power in the state. Was it sleeping for so long? Even now, the scam was discovered when a realtor complained to the area police commissioner. It was not through a departmental enquiry or surveillance.

Anyone familiar with the Liluah-Belur-Bally landscape knows that the area was full of small and medium industrial units. Most of these became sick and started closing down 20 years ago. Realtors spotted a huge opportunity in developing the land with these units. The only problem was that getting industrial land converted to commercial or residential is a very tough thing in industrially sensitive and highly unionized Bengal. Here is where Adhikary and his team came in.

But the various agencies like police, vigilance in civic or municipality headquarters and other engineers familiar with building rules must have been aware what was happening in the area. It is hard to miss swank new apartment blocks, schools, hospitals and malls that have replaced the drab corrugated sheets and chimneys of iron foundries and ancillary units. Why is that no one even thought of digging deeper as to how this was happening? Both TMC and CPI (M) are famous for keeping an eye on ordinary citizens through their local committees in all areas of the state. How did these local committees ignore the rampant construction on converted industrial land? Why did they not raise the issue within the party or take it up with high ranking municipal officers?