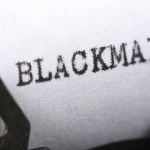 Editor-in-Chief of indiacommentary.com. Current Affairs analyst and political commentator. Writes for a number of publications. View all posts by this Author
What kind of disruptive politics is the Congress led opposition following? Do they have any idea that this will cause immense harm to the nation? In Rajya Sabha on Friday, they did not let the house function as they wanted a discussion on the CAG report in the Purti loan case that involves Nitin Gadkari. They wanted the minister to resign. While this is acceptable behavior at other times, the way the Congress put it is not. The Congress has given an ultimatum to the government: it is either Gadkari or the GST bill.

Is this responsible opposition? Till now, the Congress was opposed to the GST bill as it wanted it to be referred to the standing committee in the light of changes made in it. Now it wants GadkariÃ¢â¬â ¢s resignation as a deal to allow the passage of the bill. All objections to the bill will vanish if one minister resigns. This is politics of blackmail. Ideally, there should be no connection between the two.

If Gadkari is guilty, he should resign in any case. The opposition must escalate their demand on a standalone basis on this issue. By trying to club it with the passage of the GST bill, they are showing that their original opposition to the bill was specious and they were just waiting for something to happen to delay the bill and embarrass the government. Let the discussions on the GST bill and on Gadkari proceed simultaneously. But, for GodÃ¢â¬â ¢s sake, do not club them together and do not disrupt the house for one or the other.

By making the passage of GST bill a handle to force the government for a discussion on the CAG report on Purti, the opposition is being irresponsible. The country does not expect them to stall vital legislation for things like a CAG report against a minister. As it is, we have a very unproductive parliament. If further time is lost due to opposition antics, no meaningful business will get done. There has to be a quick course correction in this regard.