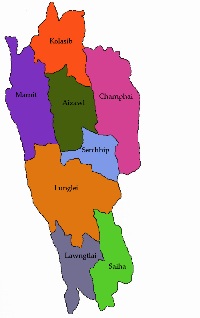 Congress Loses Mizoram, Blanked Out From The North-East

Congress Loses Mizoram, Blanked Out From The North-East

Linus tackles things head-on. He takes sides in his analysis and it fits excellently with our editorial policy. No 'maybe's' and 'allegedly' for him, only things in black and white. View all posts by this Author
The Congress has been rejected in the last state in the North-East where it was in power, making the region Congress-mukt. The people of Mizoram have chosen the Mizo National Front (MNF) to form the government. It is a sad reflection of the state of the Congress party in the region that within five years, it has lost each and every state it ruled over.

The people in the region had always voted either for the Congress or the states regional party, with the CPI(M)-led Left front ruling the roost in Tripura. But in these five years, the Congress has lost one state after another due mainly to its step-motherly treatment of the region as well as the disrespect the party high command showed to state leaders when they visited Delhi.

Despite having a solid base of voters and huge infrastructure, the Congress lost prominent leaders from the region. Some like Himanta Biswa Sarma left to join the BJP (becoming its master strategist for the region) and others started their own regional parties. With time, the people also turned against the grand old party and its vote share dipped alarmingly, reflected now in Mizoram where it has gone down from 45% in 2013 to below 30% now.

The Congress has been left with only 5 seats this time against 34 it won in 2013. But for a party that has swept the Hindi heartland, the loss in Mizoram will not mean much. That has been the Congress bane. It has never given importance to the region. The party chose to run the region from Delhi, installing leaders with little or no grassroots support. This policy has now resulted in it being wiped out from the region.