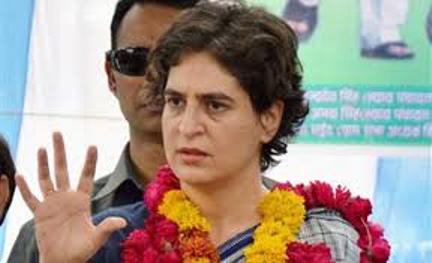 Congress Needs More Than Priyanka in UP

Congress Needs More Than Priyanka in UP

Editor-in-Chief of indiacommentary.com. Current Affairs analyst and political commentator. Writes for a number of publications. View all posts by this Author
The Congressâ, or should one say Prashant Kishoreâs, strategy of fielding Priyanka Gandhi to campaign extensively in Uttar Pradesh to give a boost to the partyâs fortunes in the upcoming state elections is not going to work. It is akin to scraping the bottom of the barrel. If the Congress cannot make do with Sonia, Rahul and other heavy weights, it is too much to hope that a hitherto non-political person like Priyanka will work her magic on an electorate clearly disillusioned with a corrupt party with no vision which is hanging on to the fading charisma of a single family.

The biggest drawback for Priyanka will be her husband, Robert Vadra. A flamboyant personality, Vadra keeps courting controversy for both his business dealings and his lifestyle, despite keeping a relatively low profile. There are too many unanswered corruption charges against him. Priyanka will spend more time answering charges against her husband than in explaining to the people what the Congress will do if voted to power. In that sense, fielding her is a move that is going to backfire.

The Congress should take a leaf out of the trend in Bollywood, which clearly shows that content is king. A star might give a film a good opening â after that it is content that takes it forward. Priyanka might draw in the crowds at meetings, but if the party is not able to provide her with a solid programme or vision for the state, it will come to naught. In the absence of a Mahagathbandhan, like the one in Bihar, the party cannot even hope to ride on the coattails of regional parties and improve upon its dismal performance in the 2014 Lok Sabha elections in the state.

Clearly, the Congress is in a dilemma. It never encouraged local leaders to acquire a stature big enough to threaten any member of the first family. Hence, it does not have a second rung politician it can project in UP. It cannot project Rahul Gandhi as the face of the party in the state as it will reduce his stature as the possible challenger to Narendra Modi in Delhi. Priyanka is not the answer and the party is going to come out with its worst ever performance in the state if she is made the chief campaigner.