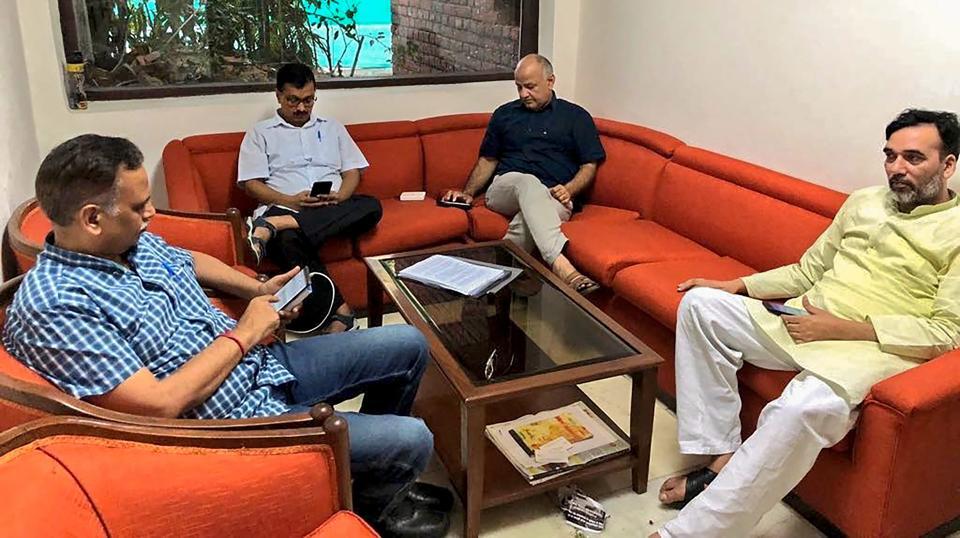 Editor-in-Chief of indiacommentary.com. Current Affairs analyst and political commentator. Writes for a number of publications. View all posts by this Author
The AAP brand of politics of confrontation reached its height when Delhi CM Arvind Kejriwal, along with a few of his ministers, sat on a dharna in the waiting room of Raj Niwas, the official residence of the Lieutenant Governor of Delhi, Anil Baijal. The Delhi High Court was unsparing in castigating Kejriwal for this. The court stated that it was not right for anyone to go on strike or dharna inside someones residence or office. But Kejriwal excels in dramatics and what can be more attention-grabbing than a CM sitting on dharna in the house of the Lt. Governor?

But does the issue demand such a drastic, and if one might add, illegal, response. The AAP government first called the chief secretary of Delhi for a meeting at midnight. Once there, he was heckled and manhandled by rowdy MLAs. Can anyone fault them if the IAS officers are worried about their security under this government? If one chooses to antagonize the most powerful union in the country (that of IAS officers), one must be prepared to bear the consequences. The officers have rightly refused to do such work where they think their security will be compromised. This is just a tiff between the bureaucracy and the elected government.

But as always, AAP has accused the Lt. Governor of having instructed the IAS officers for not doing any work. It has accused that the officers are on strike, a charge that they have denied. Facts also bear out that work is going on in Delhi barring some departments where the officers feel unsafe. Kejriwal has also accused PM Modi of having a hand in this.

But he is cutting a sorry figure, despite the show of solidarity by the CMs of Bengal, Kerala, Karnataka and Andhra, as unable to handle the officers; he is just trying to browbeat the Lt. Governor and the Centre into solving the problem. Even now, when the officers are ready to discuss security and other matters with the government, AAP wants the Lt. Governor to chair the meeting. Why should the Lt. Governor involve himself in what is basically a tiff between the elected government and the officers? AAP created the mess by letting its MLAs insult and manhandle the chief secretary. Now it should talk to the officers and solve the matter on its own.

As this was being written, the news is that Kejriwal has finally left the Lt. Governors house and ended the dharna after the latter asked him to urgently meet the officers and solve the problem. But Kejriwal will not reform. Addressing party workers later, he said that the IAS officers are just a front for interference by the Lt. Governor at the behest of the Centre. Your MLAs were not at fault and officers do not deserve a sorry and better treatment, eh Mr Kejriwal? It is unlikely that the problem will be solved if Kejriwal carries this mentality to the meeting.