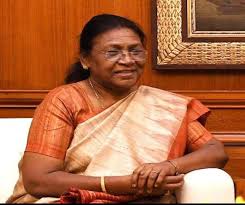 Five years ago, the BJP had gone for a Dalit President when it chose Ram Nath Kovind as its candidate. When he won, India had its second Dalit President after K R Narayanan. This time around, it has chosen Draupadi Murmu, a tribal woman from Odisha who was earlier the governor of Jharkhand, as its nominee. Murmu is likely to win and will become India's second women President after Pratibha Patil but the first tribal woman to hold the post. In selecting Murmu, BJP has continued with the identity politics that has become the norm while selecting candidates for such posts.

Murmu's record as a two-time legislator in Odisha and a minister in the BJD government in the state and being the governor of Jharkhand is by itself not sufficient reason for her elevation, although reports in 2017 had suggested that her name was considered then too. Politically, she is not very well known outside a small circle. But the fact that she is a tribal woman from the Santhal community in Odisha gave her candidature a huge push as the BJP was looking to make a statement. There was a strong buzz that the BJP might go for a Muslim President by selecting Kerala governor Arif Mohammed Khan (which gained further ground after the Nupur Sharma fiasco) but in the end, a tribal woman won the race.

This will also work for the BJP in rallying the BJD behind their candidate as there is no way Naveen Patnaik can go against a candidate who was born in Odisha and was a minister in his government. Patnaik has already said that his party would support Murmu. He tweeted that "it is indeed a proud moment for the people of Odisha." It is also being said that since the BJP wins a low number of seats reserved for the Scheduled Tribes (it had won only 35 of the 128 such seats in the Gujarat, Rajasthan, Madhya Pradesh and Chhattisgarh, the four states which go to polls later this year), it can hope for support from tribal areas if a tribal is made President. With the Shiv Sena rocked by rebellion (further reducing the opposition's chances of  making a contest out of the presidential polls) and the BJD and YRSCP indicating their support for the NDA candidate, Draupadi Murmu will most likely become India's first tribal woman President.