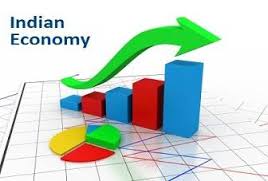 The Economy is Not Growing Sufficiently

The Economy is Not Growing Sufficiently

Editor-in-Chief of indiacommentary.com. Current Affairs analyst and political commentator. Writes for a number of publications. View all posts by this Author
Conflicting Data
The latest set of data released by the Central Statistics Office and data from other sources indicates that while inflation is lower and tax collections are robust, industrial output is at its 8-month low and gross fixed capital formation has contracted again. These figures show that the economy is not recovering.

The data shows that:
* Consumer Price Index based inflation is at 5.05 percent, lowest since March.
* Index of Industrial Production (IIP) contracted 2.4 percent year-on-year. Manufacturing was the real culprit, going down by 3.4 percent. The alarming thing was that this reversed the trend in June when the IIP achieved an eight month high of 1.9 percent (revised).
* Tax collection at Rs 5.25 lakh crore, in first five months of this fiscal, was 23 percent higher than in the same period last year. The red flag was lower corporation tax collection, which fell by 1.9 percent.
* Gross fixed capital formation contracted again, the second time in two consecutive quarters, which is an alarming signal that shows no fresh investments.

Where is the expected growth?
The economy is not growing. There will be a chorus of demand for rate cuts by the RBI to generate investment. But the RBI may prefer to wait till December. This is due to several factors. The first is the good to very good monsoon that is expected to ease farm prices leading to still lower inflation. Anything below 4.5 percent will be a huge cushion. The second is the expected upsurge in demand for goods in the ensuing festival season, backed by the rise in salaries (as a result of 7th Pay Commission award) and payment of bonus in both government and private sectors. Pumping in more money in the economy at this juncture could be counter-productive and may lead to inflationary pressures.

Rate cut might not happen before December
The RBI might prefer to wait till December to see what surging demand and lower farm prices does to inflation and the IIP before taking a call on lowering interest rates. To many, that would be too late if India is to achieve an 8 percent growth this fiscal, but given the hawkish stance adopted by the RBI in recent times, that is the most likely scenario.