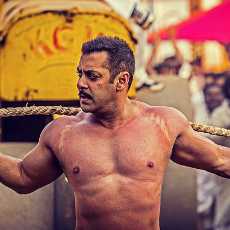 View all posts by this Author
Salman Khan has been the most consistent hit-churner at the box office. Apart from Tubelight, all his recent films have been block-busters. His last film, Tiger Zinda Hai, entered the Rs 300cr club in just three weeks, making him the only actor with three films in that rarefied club. The other two of his films there are Bajrangi Bhaijaan and Sultan. Even Tubelight did business above Rs 100cr but that was far short of the standards set by Khan. Any other actor would have been over the moon with that kind of collection. But at the box office, Salman Khan is something else and hence Tubelight was termed average in movie business parlance.

Hence, Salmans sentencing has come as bad news for the film industry. More than Rs 400cr are said to be riding on Khan. If he is to serve two and a half year in jail (a five year term usually ends in that time due to various reasons), most of this money will go down the drain as movie-goers have become discerning enough not to patronize dated films.

But whatever the stakes, the industry cannot hope for leniency from judges, not even probation to complete his work. Wildlife conservancy is a big issue and with poaching on the rise, many activists have got into the act. On top of that, the Bishnois have made it their mission to get Salman punished. If the Rajasthan High Court does not acquit Salman, the activists will make sure that the sentence is not watered down. Hence, the film industry is in for a prolonged Salman-less period.