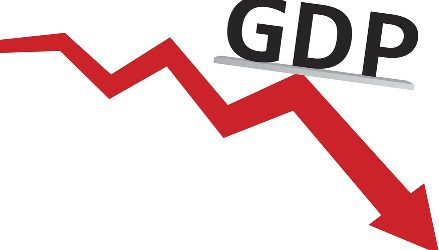 Editor-in-Chief of indiacommentary.com. Current Affairs analyst and political commentator. Writes for a number of publications. View all posts by this Author
The signs of economic recovery in the first quarter of FY 2018-19 are showing some signs of reversal, although that may be due to temporary factors like rising oil prices and the weakening rupee. GDP grew at 7.1% in the second quarter (July-September) this year, compared to a robust 8.2% in April-June. Agriculture, manufacturing and mining faltered to bring down the figure. The gross value added (GVA) in agriculture, forestry and fishery grew at only 3.8%, down 1.5% from the last quarter. This was mainly because kharif-season foodgrain output grew at a mere 0.6% compared to 1.7% in the last quarter. This situation is not going to improve in a hurry as there has been below-normal rain this monsoon resulting in lower rabi sowing (shortfall is estimated between 8 to 10% till November). That is going to deepen the distress in the farm sector and weaken the demand for goods in the hinterland causing a cascading effect on all sectors. Manufacturing, on the other hand, nearly halved from the last quarter posting an expansion of just 7.4%, down 6.1% from the 13.5% posted in April-June.

The only bright spot is the rock-solid gross fixed capital formation (GFCF) that measures gross net investment in the economy. It grew at 12.5%, up from the 10% registered in the first quarter, and was 32.3% of the GDP. There has also been a revival in the non-food bank credit. These are encouraging signs for the economy as demand for investment is obviously generated by hopes for future demand for consumption. But the government must put a leash on its spending on non-essentials. The figures for fiscal deficit show that it has ballooned to gobble up the entire budget estimates for the full year in the first seven months. Despite assurances by the finance minister, there is no way the government can keep it down to 3.3% of the GDP. General elections next year, along with uncertainties in global trade, means economic management has to be at its best if the economy is to revive.