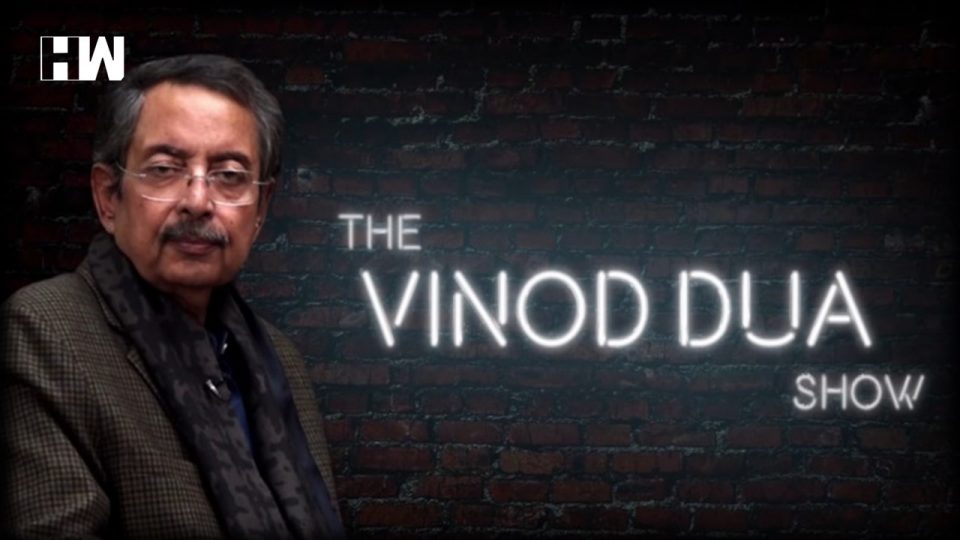 Going After Vinod Dua Is Not Right, Dissenting Voices Will Always Be There

Going After Vinod Dua Is Not Right, Dissenting Voices Will Always Be There

Vinod Dua is a long-standing and respected journalist. He is not a pamphleteer. Hence, if some people (read ruling party members) think that he is guilty of spreading fake news, promoting enmity between communities and sedition, they are toeing the same line of intolerance to anything that questions any act of the ruling dispensation that has been the hallmark of the ruling party. The cases filed against him all over the country are nothing but a ploy to harass him and perhaps "show him his place" and silence his voice.

Dua, like many other journalists, runs a YouTube channel where he puts out videos commenting on current affairs. These videos appear on HW News. In one such video, on the Delhi riots, he had made comments about how the Delhi police had not charged BJP leaders who had made inflammatory speeches that had inflamed passions and had possibly led to the riots. He had also questioned Prime Minister Modi and Home Minister Amit Shah's preoccupation with the Trump visit and how they could not find time to visit the riot-affected areas to calm inflamed passions. He had also asked the Delhi police to publish a fact-sheet to show how, why, when and how many people from the minority community were picked up in connection with the riots.

Subsequently, an FIR was lodged against him in Delhi by a member of the BJP. The Delhi police charged Dua under sections 290 and 505 of the IPC for creating a public nuisance and promoting enmity between communities. The Delhi High Court, after examining the facts of the case, found that the FIR needed to be examined on the touchstone of law as per several judicial precedents, ordered a stay on the FIR. But immediately thereafter, an FIR on the same issue was registered against Dua in Himachal Pradesh and later in other parts of the country.

Hence, it is obvious that vested interests are not willing to let the law take its own course in the case. They have taken it upon themselves to abuse the legal process by filing several cases on the same issue in several courts of the country. This is a clear case of harassment of a respected journalist. If Vinod Dua is indeed guilty of creating a public nuisance, promoting enmity between communities or worse, let the Delhi High Court and then the Supreme Court decide that. He will definitely face punishment as per the law if found guilty. But if vested interests try to browbeat and harass him by filing multiple cases, it amounts to an abuse of law. The Supreme Court has already granted Dua protection from being arrested till July 6. It should now order that all FIRs lodged anywhere in the country against Dua on this issue must be heard by one court. Multiple hearing by different judges leading to different judgments will complicate matters and will not serve the ends of justice. It will only embolden resourceful people who like to harass others.

The ruling party (and its cohorts) have to understand that it cannot expect to get the 100 percent backing of the commentariat. There will always be a significant percentage of commentators who will write against its decisions. It has to live with this in the same way as it is living and running the country with less than 38 percent of the popular votes (45 percent if one considers the NDA as a whole).  By showing intolerance against those who speak up or question it, the BJP is just showing that it is not a democratic party despite senior leaders making a public show of being so.