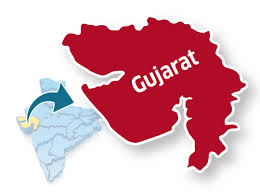 Editor-in-Chief of indiacommentary.com. Current Affairs analyst and political commentator. Writes for a number of publications. View all posts by this Author
Narendra Modi and Amit Shah made a big mistake in appointing Anandiben Patel as the chief minister of Gujarat when Modi moved to Delhi. Given her advanced age and the fact that she was not a mover and shaker in the Modi cabinet, she seemed to be a consensus candidate imposed to prevent in-fighting in the state unit. In doing so, the Modi-Shah team had followed the policies of the Congress party. They had thought that with Anandiben in the chair, the state could be controlled by them through remote control. But they had not reckoned with the fact that the pressures of occupying the PMs chair (for Modi) and the party presidents chair (for Shah) would leave them with practically no time for Gujarat.

Hence, a state often held up by Narendra Modi as an example of a model developed state during the 2014 campaign and how he would transform India the way he had transformed Gujarat, was allowed to go to seed. The administration seemed to have no clue how to control the Patidar movement and did not know what hit it when dalits were thrashed by a local gang in Una and the issue snowballed into a major, and state-wide, protest movement. To be fair to Anandiben, Modi had poached on the good bureaucrats in the state by taking them with him to Delhi. Still, Anandiben showed little political acumen in handling issues and allowed them to drift. They refused to go away and continued to haunt her, ultimately forcing her to resign.

Supporters of Anandiben have alleged that her detractors in the party have destabilized her government by not helping her during the Patidar and dalit agitations. Some fingers are also being pointed at Amit Shah, whose supporters have already started petitioning the high command to make him the CM. But Modi has a far bigger role for Shah. As of now, BJP state president Vijay Rupani is emerging as the frontrunner to succeed Anandiben, with Nitin Patel as the dark horse.

But whoever succeeds her will have his hands full. Despite Modi and Shah, Gujarat is no longer in the iron grip of BJP. Local body elections in the last two years, where the Congress made deep inroads into traditional BJP territory, the Patidar agitation, the simmering discontent of dalits and no control of the administration over the gangs of cow vigilantes, coupled with increasing caste and sub-caste loyalties, have turned Gujarat into a problem state. It will be very difficult for the next CM, despite full support from Modi and Shah, to rectify the situation to BJPs advantage, without which winning the state elections in 2017 will seem an uphill task.