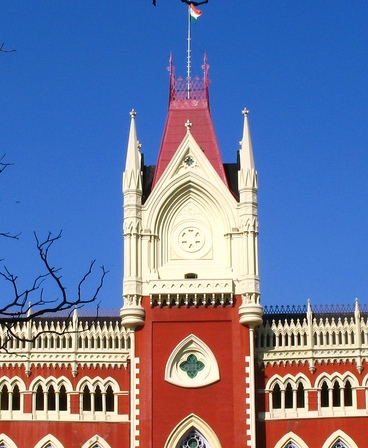 Harassing Judges is not a Done Thing

Harassing Judges is not a Done Thing

Editor-in-Chief of indiacommentary.com. Current Affairs analyst and political commentator. Writes for a number of publications. View all posts by this Author
A battery of lawyers besieging a judge in the court to prevent him from taking cognizance of a section which would have increase the timeframe for filing the charge sheet and keep their client in custody a little longer must be a new low even by the abysmal standards of the judicial process in India. This is exactly what the lawyers of Madan Mitra, the Trinamool Congress minister arrested in the Saradha scam, did on Monday, 9th February 2015. Short of physically beating up the honourable judge, the advocates called him names, cast aspersions on him, said he had vested interest in keeping their client in custody, called him a stooge of the CBI (though not in so many words) and asked him to resign and leave the case.

The matter was simple. In his previous orders, Judge Haradhan Mukhopadhyay had not taken cognizance of Sec. 409 of the IPC. This section accounts for criminal breach of trust by a public servant, among others, and including it can give the investigating agency an additional 30 days to file the charge sheet. If the advocates were able to prevent the judge from taking cognizance of this section on that day, Madan Mitra would have got bail as the CBI would not have been able to file the charge sheet in the mandated 60 days without this section. MitraÃ¢â¬â ¢s advocates wanted a hearing before cognizance of this section was done. The judge said he only wanted to make amends and it did not require a hearing. The judge called it a clerical error and said he would make amends by including the section in his order on that day. Aggrieved at this, the advocates tried stalling methods and when that did not work; they started to employ strong arm tactics and tried to brow beat the judge by not allowing him to hear other cases and by confining him to the court well past the scheduled time.

One is surprised that the judge had the patience to go through all this. He had many options; including asking the police to clear the court and hauling the advocates for contempt of court (ordinary citizens have been booked for contempt for making lesser charges against judges). One thinks that he hesitated only because he knew the clout of the advocates, especially since they were from the ruling party. He knew the issue would snowball into an ugly standoff and that would only inconvenience ordinary litigants and delay cases.

The behavior of the advocates is unacceptable as their client always has the option of appealing in the higher court if he thinks justice has not been done or if a point of law has been misinterpreted in a lower court. In fact, a higher court was to hear his petition on the same grounds only two days later. But such is the attitude of the ruling party in West Bengal that they always try to get things done their way by force. One advocate accused the court of trying to take cognizance of the section by Ã¢â¬Ågayer jorÃ¢â¬Â (by might). The irony is that it was the advocates who were trying to prevent the judge from doing his duty by Ã¢â¬Ågayer jor.Ã¢â¬Â Also ironically, former Supreme Court judge and former chairman of the Press Council of India wrote an article in The Times of India the very next day that said that contempt law threatens freedom of speech. If calling a judge rigid, obstinate, having a vested interest and hinting that he is a CBI stooge is freedom of speech, God save Indian judiciary.