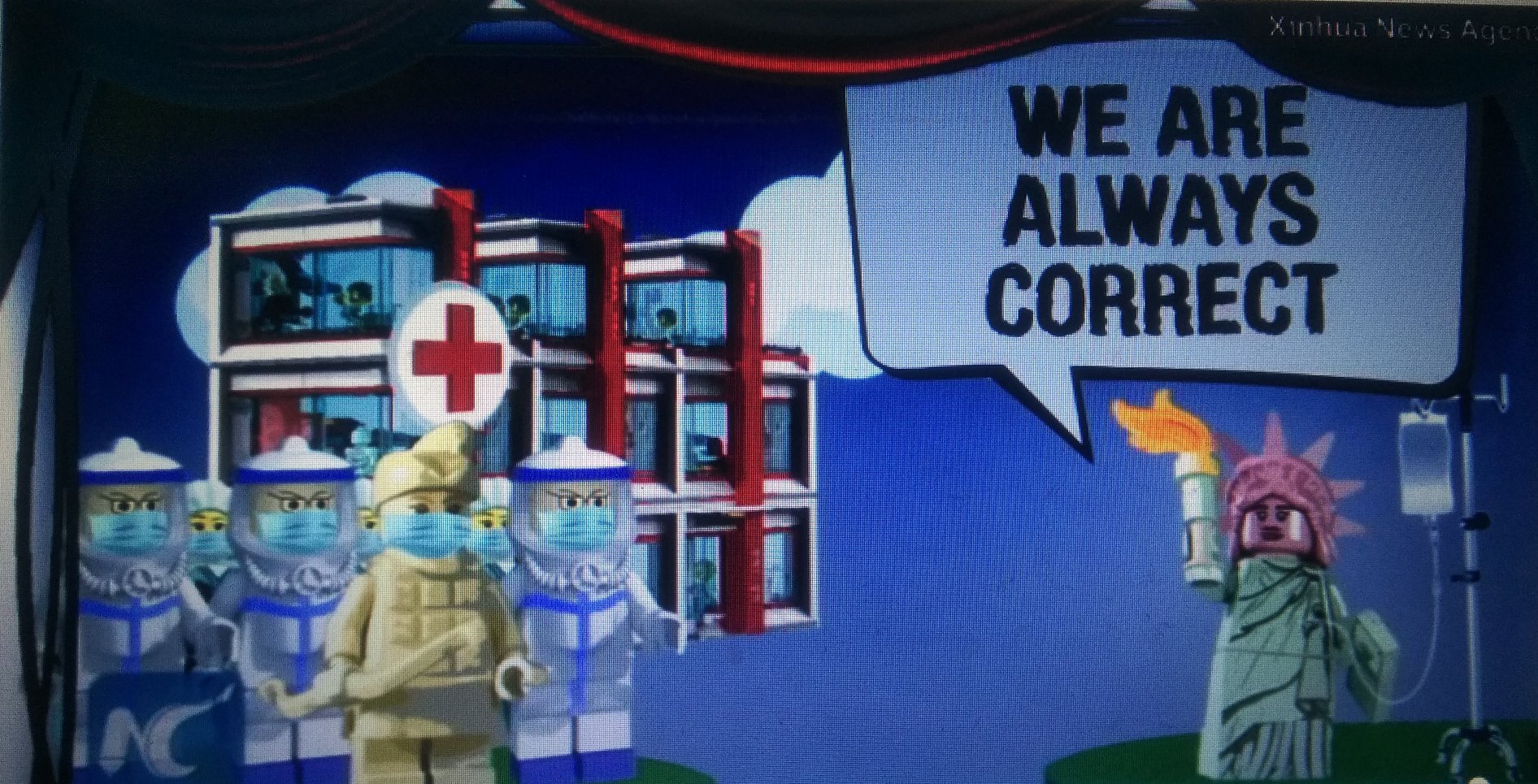 People are talking about the short animation strip released by the Chinese news agency Xinhua that mocks the initial US response to the Chinese and the WHO warnings over a new virus that was dangerous.

People say that as the US President Donald Trump has recently upped the ante and has been threatening to raise tariffs on Chinese products to teach them a lesson it was natural for China to hit back. People say that this is a very shrewd way of mocking the US.

In the animation strip, a Chinese doctor is seen to be conversing with the Statue of Liberty where the Chinese argue that they had issued enough warnings which were ignored by the US. In fact, the Chinese say the US thought it was a common flu and would vanish by April.

The Statue of Liberty is shown as saying that the Chinese warning about the load on their health services was a typical example of poor infrastructure and other shortcomings in fighting the virus were due to it being a Third World country.

At the end, when the Statue of Liberty pompously says that "we are always correct", the Chinese replies with a smile (we cannot see that as he is wearing a mask, but we can always assume) that he likes Americans because of their consistency.

People say that while the tussle over how the virus originated and China's complicity in spreading it all over the world will keep on running, there will be many such punches and counter-punches between two powerful nations. People say that Xinhua has tried to bring a smile on people's faces by making this animation short in these difficult times.