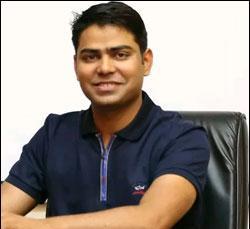 Editor-in-Chief of indiacommentary.com. Current Affairs analyst and political commentator. Writes for a number of publications. View all posts by this Author
Housing.comÃ¢â¬â ¢s young founder and CEO, Rahul Yadav, has announced that he will give away all his shares in the start-up to his employees. The 4.5 % stake is variously valued at anything between Rs 75 crore to Rs 200 crore.

Yadav was in the news recently for all the wrong reasons. He had resigned from his post alleging that the dotcoms funding partners were not being fair. The ostensible reason for resigning was that he accused Sequoia Capital MD Shailendra Singh, one of the investors, of poaching staff from his company.

In his resignation letter, he wrote that Ã¢â¬ÅI don't think you guys are intellectually capable enough to have any sensible discussion anymore. This is something which I not just believe but can prove on your faces also.Ã¢â¬Â

But other investors, including JapanÃ¢â¬â ¢s SoftBank, made him change his mind. That all is still not well in the boardroom is evident from his decision of giving away the shares.

There are a lot of issues involved that can only come out if insiders speak up. For, founder shareholders are not permitted to part with their shares, even as gifts, without the concurrence of the board. Did the board permit him to transfer the shares? Or is Yadav doing it on his own accord? If it is the latter, then the board might well refuse to register the transfer. Is it just a publicity stunt by Yadav, as some analysts are alleging? Or is it a pressure tactic to bring investors around to his point of view?

If it is act of charity, it needs to be applauded. But as more and more questions are being raised, we will have to wait and watch how the issue develops before taking a stand.