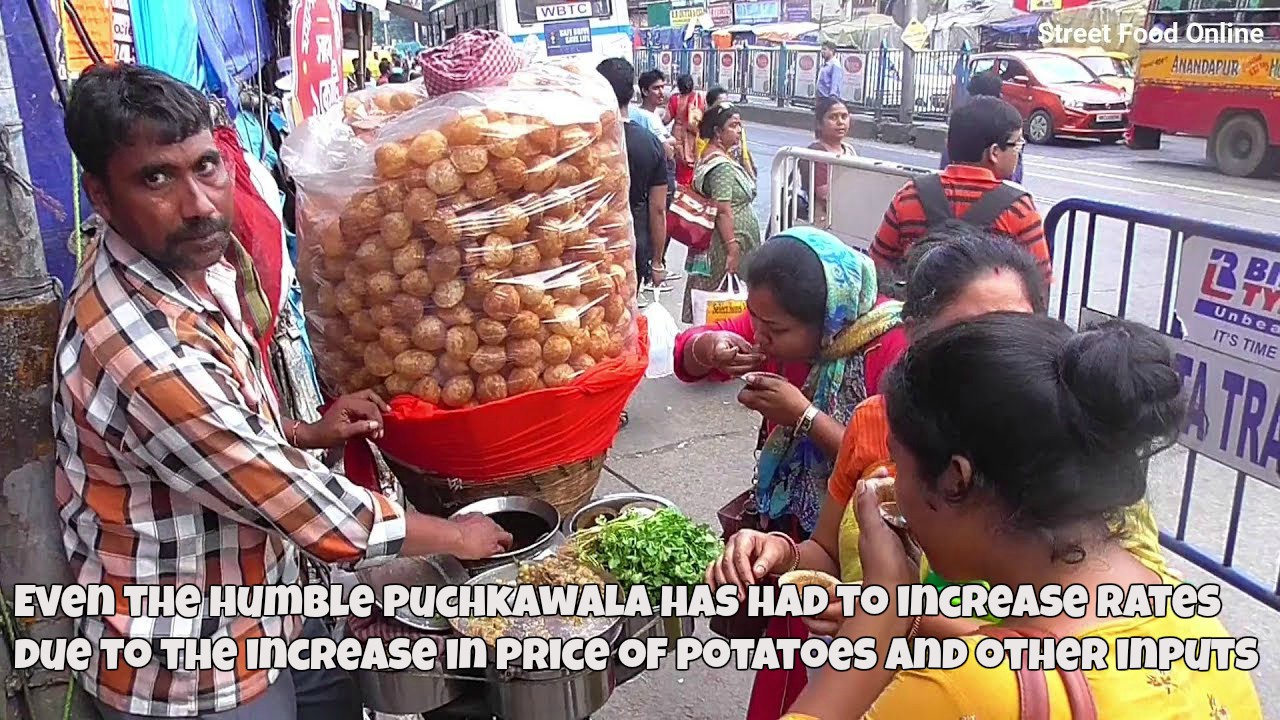 How Food Inflation Has Made Street Food Costlier Too

How Food Inflation Has Made Street Food Costlier Too

On a Kolkata road, one housewife was heard telling another "now we can truly say that inflation has set in, even puchkas have become costlier". Puchkas, or panipuri in Mumbai and golgappa in north India, are Kolkata's all-time favourite street food along with kathi rolls and chow mein. Most vendors were earlier selling the item at 5 pieces for Rs 10 (or 3 for Rs 10 in premium areas) but have are now giving only 4. That translates to a 20% increase. Tea, which is another hot-selling item on Kolkata streets, has seen its price increase from Rs 5 a cup to Rs 6 at some places, which again is a 20% jump.

People are talking about inflation all over the country. Onion prices have stabilized somewhat and it is now retailing at Rs 70 per kg in most markets after touching a high of Rs 180. The price of potatoes, another staple on the Indian dining table, jumped to Rs 35-40 per kg but has now dipped to Rs 25-30 after the arrival of the new crop. It needs reminding that in January last year potatoes were selling at Rs 15-18 a kg. Most other vegetables that used to sell at Rs 40 per kg last winter are now selling at Rs 60, with some even going up to Rs 80. A small cauliflower that used to sell for Rs 8-10 is now being sold at Rs 15-18.

Vendors cite unseasonal rain in September-October this last year and uneven supplies as the main reason for the jump in prices. But people say that might be true for fresh vegetables. They are not willing to accept the same reasons for onions and potatoes which they are finding higher price levels due to slow government response and unfair trade practices by middlemen. People are miffed with the government for not taking enough measures in time to check the price rise and ease the pressure on middle-class budgets. They say that the government should have seen the shortage coming as the area under plantation for onions had reduced sharply. It should have stopped exports much earlier than when it did and should have taken measures to prevent middlemen from hoarding the commodity.