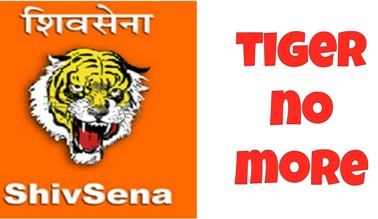 How The NCP and The Congress Cooked Shiv Sena's Goose

How The NCP and The Congress Cooked Shiv Sena's Goose

The NCP and the Congress have made a bakra out of the Shiv Sena. After promising support, the two parties failed to provide the actual letters of support when the time came. The Sena was led to believe that they would support its bid to form the government if it broke its alliance with the BJP. On Monday morning, with just a few hours remaining before the 7 pm deadline, Arvind Sawant, the lone Sena minister in the NDA government, resigned from the ministry, signaling that the Sena had made up its mind to ditch the BJP in order to fulfill its wish of having a Sena chief minister in Maharashtra.

But when the crunch came, the NCP and the Congress refused to fax their letters of support to the Sena. Hence, when Aditya Thackeray led a Sena delegation to meet the Governor in the evening, he expressed the party's desire to form the government but could not provide letters of support. He simply did not have the numbers. He said that the party was in talks with the NCP and the Congress and requested the Governor for two days' time to firm things up. But the Governor did not grant the same and promptly invited the NCP as the next biggest party.

Readers can see how Shiv Sena's goose has been cooked. It ditched the BJP because the latter was unwilling to concede the chief minister's post to the Sena. Uddhav Thackeray thought that the NCP and the Congress would support the Sena and fulfill his wish. But the wily Sharad Pawar had other ideas. He, with alliance partner Congress (Sonia Gandhi was never fully convinced on supporting the Shiv Sena), played hard to get as he knew that the Governor would invite it after the Sena bid had failed. Now, if the Sena supports an NCP-Congress government, the very reason for which it ditched the BJP will not materialize. There would not be a Shiv Sena chief minister.

As people in Bihar would say, chaubeji bann ne gaye chhabbeji, bann gaye dubeyji. It has been a huge embarrassment for the Shiv Sena as it has been outsmarted by the NCP-Congress combine. There was a time when the Sena tiger roared and Mumbai shivered. Times have certainly changed. Now, the tiger will lick its wound in a corner. There is no chief minister and no government. What is left are the broken strands of a 30-year old alliance and quite a few lessons in realpolitik.