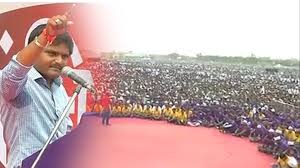 If Patels Are OBC, Who Isn't?

If Patels Are OBC, Who Isn't?

Editor-in-Chief of indiacommentary.com. Current Affairs analyst and political commentator. Writes for a number of publications. View all posts by this Author
What is happening in Ahmedabad is a direct consequence of the policy of carving out the smallest portions in the caste pie by politicians unmindful of the end results. The SC, ST, OBC, OOBC, this and that has finally led to a situation where groups, regardless of how powerful or well-off they are, demand quotas and special privileges for themselves. First it was the Jats, now it is the Patels. Next, we might see IndiaÃ¢â¬â ¢s billionaires starting an agitation for granting them minority status as they are well and truly the most micro minority in the country. Really, this thing is going too far and slipping into the ludicrous domain.

Hardik Patel is the manifestation of a larger disease that has inflicted Indian polity in particular and the society in general. Ever since the so-called creamy layer Ã¢â¬" which I prefer to call crony reservationists Ã¢â¬" cornered all the benefits of affirmative action, others who were neither the deprived class Ã¢â¬" politically, economically or socially Ã¢â¬" nor strictly a minority, started harbouring hopes of wrangling special privileges for themselves from politicians eager to tap into a vote bank and make it captive.

A joke used to the rounds that there were more Patels in the New York telephone directory that in AhmedabadÃ¢â¬â ¢s. Idi Amin had also banished a huge number of Patels from Uganda as they were seen to have a stranglehold on the nationÃ¢â¬â ¢s trade and were very wealthy; drawing resentment from locals (it is another matter that no one praised them for their hard work and business acumen then). In India too, Patels are synonymous with people who are hardworking, have more than average business sense and are relatively secure financially. Hence, it is difficult to imagine them as a disadvantaged group looking for sops from the people.

But such is the draw of Ã¢â¬Åspecial privilegesÃ¢â¬Â that the Patels have failed to see why they have faltered. It is said traditional sources of income are drying up for them. But who asked them to remain traditional in a fast changing economy? It was their own resistance to change that has landed them in this soup and now they want the government and the society to bear the cost of their inaction. Ã¢â¬ÅTraditionalÃ¢â¬Â is a very tricky word. What is a Patel Ã¢â¬ÅtraditionallyÃ¢â¬Â ought to do? Is he a farmer, a shopkeeper, a trader, director in a company, cricketer (Parthiv Patel, Axar Patel), journalist (Akshar Patel) or someone who migrates to other countries to run corner shops?

There is no yardstick by which the Patels can be classified as Other Backward Class (OBC). If the government accedes to their demands, it will open a PandoraÃ¢â¬â ¢s Box of similar agitations. The Supreme Court, in its judgment on Jat reservations, had clearly said that the State cannot be guided by the Ã¢â¬Åperception of the self-proclaimed socially backward class or advanced classes." The Court further warned that "The gates would be opened only to permit entry of the most distressed. Any other inclusions would be a serious abdication of the constitutional duty of the State." The Patels have to seek other avenues to address falling employment or earning opportunities. They should uphold the tradition of being contributors to the nationÃ¢â¬â ¢s economy rather than be a burden on it.