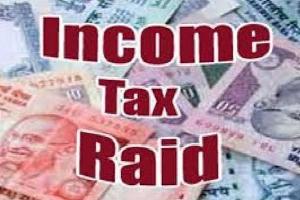 Income Tax Raids: Raising The Bogey Of Assault On Federal Structure Will Not Do

Income Tax Raids: Raising The Bogey Of Assault On Federal Structure Will Not Do

Editor-in-Chief of indiacommentary.com. Current Affairs analyst and political commentator. Writes for a number of publications. View all posts by this Author
The Income Tax raids that happened in Karnataka today were not limited to the state and also not targeted just at those opposed to the ruling party at Centre. The IT department in Bangalore issued a statement saying that acting on credible information, the department had raided bureaucrats, breweries, MNCs, mining barons, diagnostic centres, trusts, educational institutions, medical colleges, real estate, fisheries, people associated with the film industry and politically exposed persons. It requested that its activities should not be politicized, personalized or trivialized. It also said that it deplored statements which sound like an incitement to physical violence issued by persons holding very responsible posts.

This was in reference to the Congress-JD(U) protests led by Karnataka CM HD Kumaraswamy in front of the IT office. The parties claimed that the department was acting at the behest of Modi and Shah and was raiding people who were managing the poll campaigns of Kumaraswamys son and nephew. He also termed it "revenge politics." The chief minister cited the example of West Bengal CM Mamata Banerjee who prevented a CBI team from raiding the home of Kolkata Police Commissioner Rajeev Kumar and sat on a dharna. He said that Modi was using government departments to settle political scores and was destroying the federal structure. He also said that his government or party will not be scared by such threats.

Although he cited the Bengal example, Kumaraswamy must also remember that subsequently, the Supreme Court ordered Rajeev Kumar to appear before the CBI at a neutral venue. The apex court has recently also observed that the CBI report on the interrogation of Kumar has revealed very, very serious charges against the former Kolkata top cop. So should the CBI raid in Bengal be seen as an assault on the federal structure or was the agency just doing its duty? Are the IT raids in Karnataka just a part of the departments duty or are they being conducted on the express orders of Modi and Shah to intimidate the opposition?

The way that politicians are raising the intimidation and assault on federal structure bogey and threatening government officers, there will come a time that no department will be willing to even question a so-called politically exposed person, let alone raid their premises. What will happen to the rule of law then? What should the IT department do if it has credible information about a politician suppressing income or having amassed undisclosed wealth over a period of time? Should it report the matter to the president of the party the politician represents and ask permission to raid him? The reader can see how ludicrous it sounds.

The income tax raids being conducted all over the country must be seen against the backdrop of the letter written to all regional chiefs of the IT department by Neena Kumar, CBDT Member (Revenue) where she had informed them about the huge shortfall in projected direct tax collections for this fiscal and asked them to take all possible actions urgently, especially with respect to recovery of arrear and current demand, so as to achieve the targets for collection. That was the immediate trigger for the IT raids happening all over the country. The IT department has already explained that it is targeting no one in particular and raiding businesses and persons covering a wide range of activities on credible information.

If those politically connected persons raided have their affairs in order, what are they scared of? Why does Kumaraswamy have to come out in their support? They should just submit the papers demanded by the department and prove that whatever is recovered during the raids is their legitimate wealth disclosed in their IT returns, or pay tax, penalty and interest on concealed income as demanded by the department. If they are not satisfied with the departments assessment, they have legal recourse. Normal citizens do as much when they are raided. Why should politicians and their lackeys be different? Why should they demand special treatment? Why should top leaders come out in their support and blast the Centre if their lackeys do not have anything to hide?