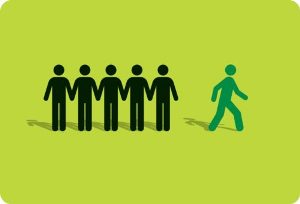 Editor-in-Chief of indiacommentary.com. Current Affairs analyst and political commentator. Writes for a number of publications. View all posts by this Author
Vajubhai Vala, the governor of Karnataka, has invited BS Yeddyurappa of the BJP to take first shot at forming the government in the state. He will be sworn today. He has been asked to prove his majority on the floor of the house within 15 days. Is this decision of the governor right? Legally, yes. But morally, no.

The constitution does not prescribe a set of rules about what the governor needs to do when faced with a fractured mandate. It was the convention to invite the single largest party to first try and form the government but this was broken in recent times. In any case, it is totally upon the discretion of the governor. But, normally, one week is given for proving majority. Why did the governor allow the luxury of 15 days?

The Congress-JD(S) combine has filed a petition in the Supreme Court asking for a stay on the swearing-in. The court heard the petition at night but decided against the stay, subject to final hearing. Actually, the court has little to do in this matter as the governor, by using his discretion, has not broken any law. There may be precedents for calling a post-poll alliance but then there are precedents for calling the single largest party too. In the absence of a clear cut law, the governor has a right to decide as per his reading of the situation.

The other point that the Congress-JD(S) has made that they have the numbers does not stand outside the floor of the house. On the face of it, they do have the numbers. But there will be many disgruntled MLAs in both the parties who are not happy with the alliance. When it comes to voting on the floor, they might abstain or vote against the government. Hence, the actual strength will be tested only on the floor of the house.

If the Congress-JD(S) combine is so sure of their numbers, they should keep the flock together and defeat the Yeddyurappa government in the assembly vote of confidence. That would be the biggest slap for the BJP. But when astronomical sums like Rs 100cr are being bandied about, the combine is obviously not sure if all MLAs will remain loyal.

At the end of the day, it is morally not right to invite the single largest party if the alternative is a post-poll alliance that has unbeatable numbers. If there were smaller parties with one or two MLAs who together made up the numbers required to give BJP the majority, then the governor would have been right. But in Karnataka the situation is clear. On one side is the BJP which has 104 seats and the support of one Independent candidate. On the other side is Congress-JD(S) with 116 own MLAs. The half-way mark is 112. It therefore boils down to how many MLAs the BJP can manage to get on its side, through ideological persuasion or through monetary and other enticement.