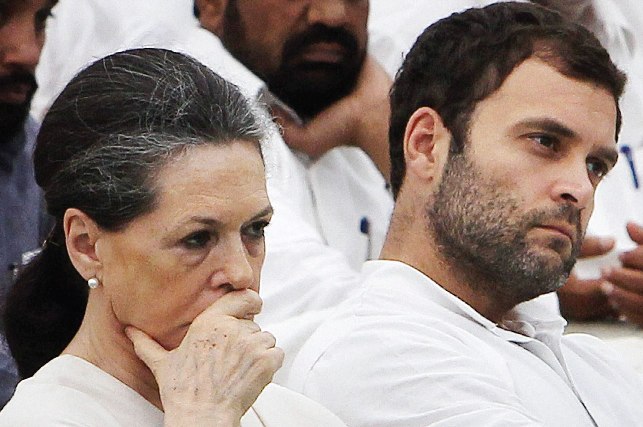 Editor-in-Chief of indiacommentary.com. Current Affairs analyst and political commentator. Writes for a number of publications. View all posts by this Author
The Congress is crying political vendetta even as the Delhi High Court has directed both Sonia and Rahul Gandhi to appear personally in the trail court which had summoned them to answer to the charges leveled against them in the National Herald case. It means that the Congress has no faith in the Indian judicial system and in the fairness of its judiciary. For, political vendetta is just a polite term to say that the government has influenced the court to get such a decision.

It has again disrupted proceedings in both houses of parliament and has not allowed pressing business from being taken up. This gives credence to the BJP retort that the party is just trying to divert attention from the case. It is strange that the Congress is trying to fight a legal case in Parliament, especially the Rajya Sabha, where it has a majority.

If Sonia and Rahul are aggrieved by the court ruling, they should fight it legally instead of wasting the valuable time of parliament. They have many legal luminaries in their party, ones who charge hefty fees from corporate and mafia dons to represent them and argue their cases with fervor and legal acumen. One is sure if there are holes in the court judgment, any of these legal-eagles in the Congress party will be quick to spot them and get relief for their âveneratedâ leaders.

Since the Congress has not adopted that policy and has instead gone on to confront the government with the âpolitical vendettaâ line, the common man will not be at fault if he thinks that Sonia and Rahul have no legal options. The Congress party says it is with the common man. Then why does it flex its political muscle as soon as its leaders are in trouble?

The National Herald case involves transfer of huge assets by transactions that can be termed dubious at best. The Delhi High Court stated that âserious imputations smacking of criminality leveled against petitioners need to be properly looked into.â The Congress party and the various trusts managed by its first family have a lot to answer. Sonia, Rahul and the party will do well to answer these charges in court and get a legal clean chit if there was no wrongdoing. It should follow the judicial process and leave parliament alone.