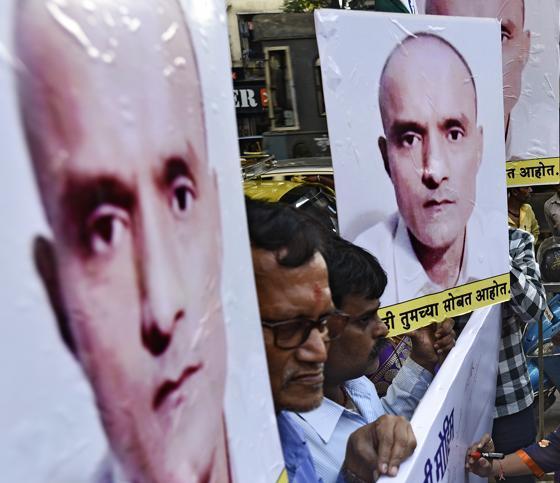 Jadhav Case: What is Pakistan Hiding?

Jadhav Case: What is Pakistan Hiding?

Yogendra is freelance writer View all posts by this Author
After Pakistans sham court martial and sentencing of Kulbhushan Jadhav, things have moved fast. First, India condemned the act in the strongest terms. Then, the Indian parliament also censured Pakistan. Now, India has demanded consular access to Jadhav and also a copy of the chargesheet on the basis of which he was tried. In the meanwhile, Sartaz Aziz, Pakistans national security advisor has raised the question as to why an innocent citizen would be holding two passports, one in Hindu name and the other in Muslim name.

But among all these things, another issue has cropped up that is highly disturbing and shows that Pakistan has something to hide. Pakistan lawyers have been warned not to take the case of defending Jadhav. The Lahore High Court Bar Association has issued a statement saying it will cancel the membership of any lawyer who takes up the case. This goes against universally accepted legal practice of allowing a person charged with a crime to defend himself. In fact, such is the importance of defence in holding an impartial trial that courts often provide a lawyer to the accused if he is not able to come up with one.

But Pakistan is different. First the military court held a trial where Jadhav was not allowed to defend himself. Now, when India is willing to defend him, it might find itself in a position where no lawyer will take the case. This is a legally and morally repugnant situation. The only reason why the prosecution or the court can refuse to allow defence for the accused is that either there is no case at all or the case is so weak that they fear that the injustice meted out to him will be exposed. India should exert international pressure on Pakistan if it does not see reason.