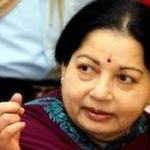 Jaya Not Pure as Gold Yet, Assumes Office Once Again

Jaya Not Pure as Gold Yet, Assumes Office Once Again

Editor-in-Chief of indiacommentary.com. Current Affairs analyst and political commentator. Writes for a number of publications. View all posts by this Author
Jayalalitha has assumed office as the Chief Minister of Tamil Nadu for the fifth time today. When the Karnataka High Court had absolved her of corruption in the dispropotionate assets case, she had commented that she had emerged Ã¢â¬Åpure as goldÃ¢â¬Â as if there was no higher authority than the HC to decide that. It is highly inappropriate that she has shown this tearing hurry to be the CM. There has been criticism of the HC decision and many analysts have shown that the judgment was based on faulty arithmetic. If Jaya was so sure that she is pure as gold, she should have waited for a decent length of time to see whether the case went to the Supreme Court before taking oath as CM.

But maybe she knows things which we as the hoi polloi are not aware of. Maybe she knows that neither the Karnataka government, nor the DMK and Subramaniam Swamy will appeal in the SC. Maybe deals have been struck in the background. The Ã¢â¬ËsmallÃ¢â¬â ¢ matter of a PIL by a private citizen in the apex court asking for a restraining order against her assuming office is probably not worth the attention of Amma.

It is the shortcoming of politics in India that politicians do not care much about probity in public life. The Bhagvad Gita says that people in high office should not only be pure but also appear to be so. Till the Supreme Court decides that Jaya is innocent, she does not appear to be pure. This should have been reason enough for her to wait till she was finally cleared.

The Karnataka CM has said that the government was examining the Karnataka HC order before deciding whether it should appeal in the SC. She has not learnt from history as well. In 2001, she had become CM only to be unseated by the SC as being a convicted person then, she was disqualified from contesting elections. Although this time she is not a convict, but till the SC decides in her favour, the High Court order is just a breather.

Her action also shows that politicians are not very concerned with the due process of law. Since an appeal can be filed within a given time (normally 90 days) in the Supreme Court against a High Court order, the process is only complete if no appeal is filed within that time. If an appeal is filed, the process is complete only when that is finally disposed of. By assuming office within 12 days of the High Court order, Jayalalitha has showed a raised middle finger to the judicial process. In doing so, she has gone against raj dharma.