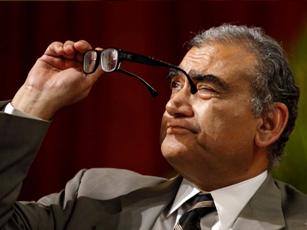 Editor-in-Chief of indiacommentary.com. Current Affairs analyst and political commentator. Writes for a number of publications. View all posts by this Author
Former Supreme Court judge Markandey Katju cannot be taken for a simpleton. After all, he occupied the high chair at the apex court and had given several landmark judgments. Hence, his occasional intemperate remarks about things, places, people and issues must be taken as his inability to think before he speaks. Lately, he has commented on legal issues in the same vein, especially when he tore into the Supreme Court appointed Lodha Committee after being appointed as legal advisor by the BCCI. But one feels that this time, Justice Katju has crossed the limit by saying that India should give Kashmir to Pakistan if they are willing to take Bihar along with it.

Although Justice Katju sought to make light of the remark by saying that it was made in jest, it needs to be said that it was in extreme bad taste and did not befit a person of Justice Katjus standing. It is true that this joke about offering Bihar along with Kashmir to Pakistan has been going around for a long time, but that does not mean that Justice Katju can use it on social media to hurt Bihari sentiments. There are some jokes that are only to be heard and enjoyed, not to be used as publicity. Justice Katju thinks that by protesting, the CM and Dy CM of Bihar have shown that they lack a sense of humour. Maybe. But it can also be said that by using the joke in his social media account, Justice Katju has shown that he lacks a sense of propriety.

Justice Katju has a habit of making controversial statements to keep himself in limelight. Despite having criticized Amitabh Bachchan in the past, Justice Katju is an actor of the highest caliber and feels orphaned if the newshounds do not follow him to seek his reactions on petty issues. When things dry up and he sees no one coming to him, he takes to social media to make intemperate remarks on anything that catches his fancy. The best way to put down such a person is to ignore him. His days are past and if he continues in this way, despite his vast experience, he will not be able to make any meaningful contribution to society. That would be really sad.