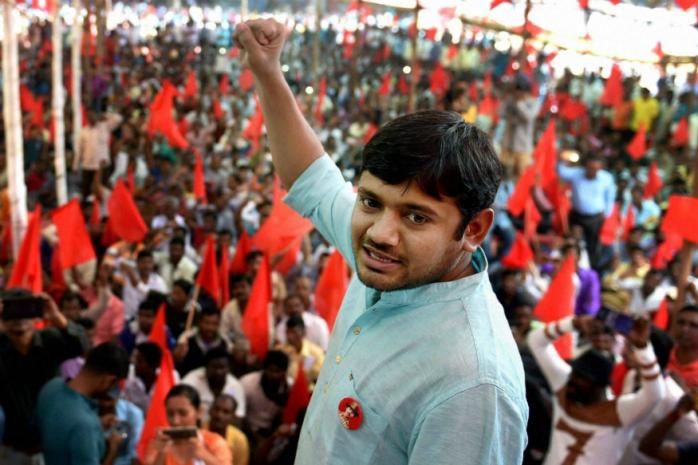 Linus tackles things head-on. He takes sides in his analysis and it fits excellently with our editorial policy. No 'maybe's' and 'allegedly' for him, only things in black and white. View all posts by this Author
Kanhaiya Kumar was the most celebrated political aspirant after his brush-in with the Centre during the Azaadi fiasco in JNU. As president of the JNU Students Union, the Centre moved against him for not preventing members from raising anti-India slogans during a campus demonstration. His defiance turned him into a celebrity. He was then appropriated by almost all opposition parties as a prized trophy and was invited to speak in rallies.

But when it came to the crunch, almost all political parties (expect his own, the CPI) have dumped him. The so-called mahagathbandhan in Bihar, comprising of the RJD and the Congress and a few smaller parties, did not leave a seat for him. It was expected that with the BJP fielding the controversial Giriraj Singh from Begusarai, called the Leningrad of India for the support for Left parties there, the alliance will leave the seat for the CPI who would field Kanhaiya Kumar to take on Singh. But with the alliance nominating an RJD candidate from the seat, the CPI has reluctantly fielded Kanhaiya.

Despite tall talks of uniting and defeating the BJP, the opposition in India is showing that bloated egos and petty differences matter more to them than unity. With Begusarai witnessing a three-cornered fight, the opposition votes are likely to get divided and it will ease the pressure on Giriraj Singh. Ideally, with support for Left the strongest in the region, the alliance should have left the seat for Kanhaiya. He could have then given a tough fight to the BJP.

The RJD has been sensible in not insisting on a large share of seats in the interests of unity. It is fighting only 20 seats, the lowest it has ever done. But where it has failed is considering ground realities. There are reports that the party felt that a Muslim candidate would do better in Begusarai against Singh, given his controversial statements against the minorities. But if the opposition votes are divided, such calculations are of no use.