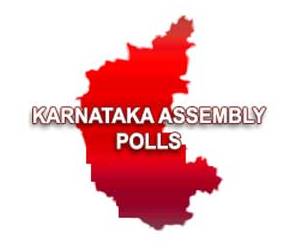 Holding an extreme view and carting the ball out of the park is what interests him most. He is a hard hitter at all times. Fasten your seatbelts and read. View all posts by this Author
The cacophony has died out and Karnataka will vote today to elect its next government. The state has a reputation for being a swing state. For the last 33 years, it has never returned an incumbent to power. That, and an all-out charge from the BJP, is what the Congress and Siddaramaiah are facing in their bid to capture power once more.

Despite the acrimonious nature of the campaign  charges and counter-charges flew thick and fast  no party managed to create a wave, neither in its own favour nor against the opposition. The voter has kept his cards close to his chest and successive opinion polls have shown that the state is headed for a hung assembly.

Siddaramaiahs governance record has been most ordinary. Bangalore has been allowed to descend into an urban mess due to extreme neglect. The rest of the state is suffering from the predominance of Bangalore and the concentration of power, money and business there. There is farmer distress and the countryside is angry. Sidda has tried to deflect criticism by harping on Modis record at the Centre, the BJPs Hindi speaking-North India party credentials and has tried to use caste by demanding minority status for the Lingayats. The results will show whether the people have bought his arguments.

The BJP on the other hand has highlighted Siddas poor governance and the plight of Bangalore to the hilt. It has also tried to use the usual Modi tactic of sabka saath sabka vikas and running down the Congress on the basis of corruption and dynastic politics. But with the scam-tainted Reddy brothers campaigning for the party, it remains to be seen the pot will get by calling the kettle black. One thing is sure; there is no wave in the favour of the BJP.

The joker in the pack is the JD(S). Although the Congress has doubted its potential of dividing the secular vote, it cannot be taken lightly, more so when MIM chief Asaduddin Owaisi from neighbouring Telengana campaigning for the party. The JD(S) has its pockets of support and is most likely to emerge as the kingmaker. The BJP knows this and has tried to use this to its advantage.

At the end of it all, it is the people who have a special knack of choosing wisely. If they return a hung assembly, it is clear that they want an alliance to rule, preferring not to let one party get too strong. It depends on who gets how many seats before an alliance can take shape.