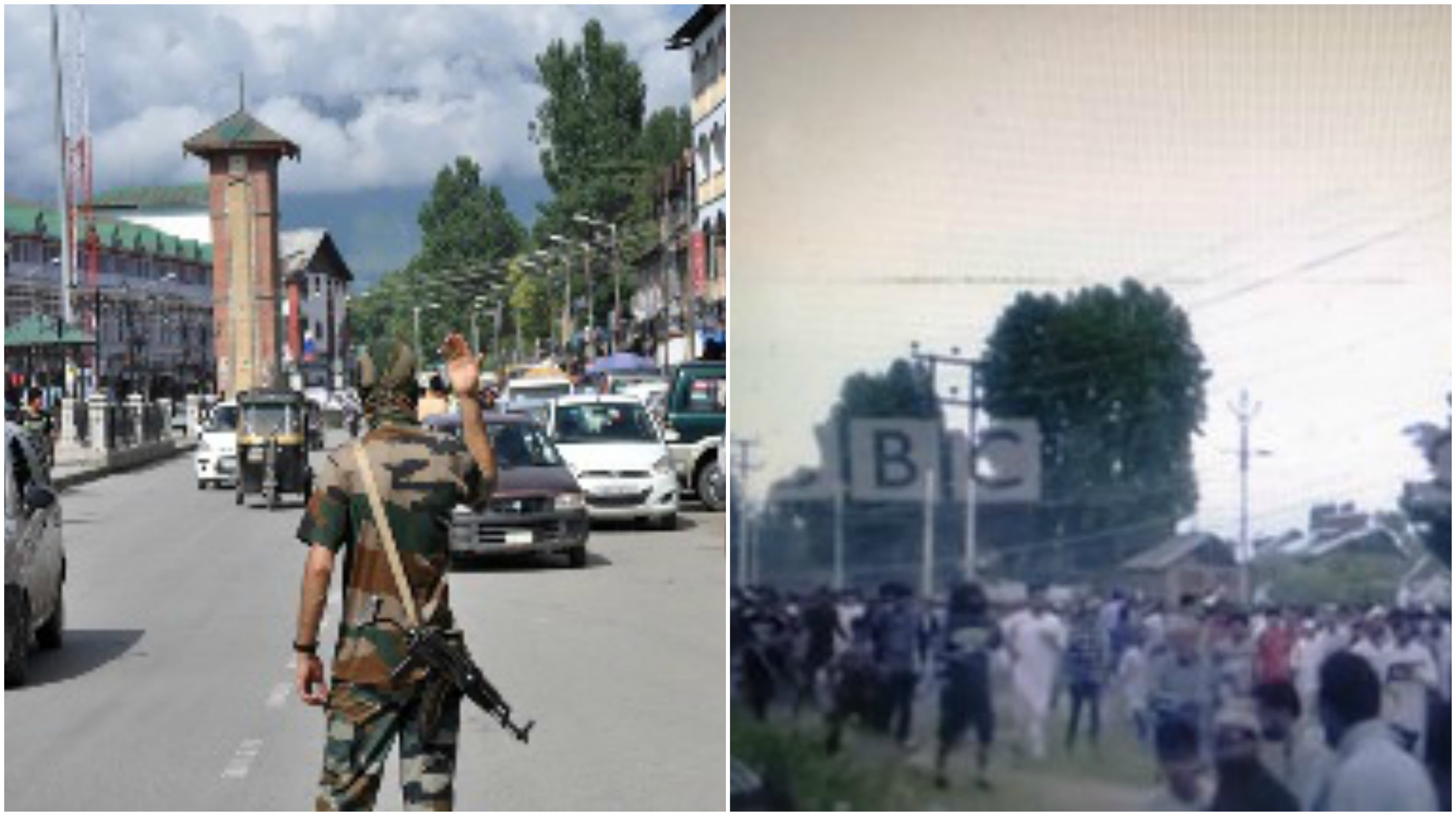 Conflicting reports are coming from the Kashmir valley. While the BBC has shown footage of protests in Srinagar, including stone pelting, the local administration and the Home ministry have denied it. According to the Home ministry, sporadic protests took place all over the state but were limited to 20 or 30 people and they were attended to by the security forces on the spot. Other reports also spoke of hundreds of people being treated for pellet injuries in hospitals in Srinagar, with a couple of them hit in the eyes. If there are no protests and no retaliatory action, where are the injured people coming from? There was even a video posted by a serving police officer in the Valley which showed normal traffic and shoppers milling around busy markets ahead of Eid in Srinagar and several districts. The video went viral. But the way the video has been shot, with long shots, aerial shots and panning, points to a professional job not possible by a police officer.

One report is claiming that police jeeps are going around Srinagar since Sunday late afternoon advising people to return home as restrictions have been reimposed in the city. Another report talks of the measures, including keeping banks and ATMs open on Sunday, establishing six 'mandis' where 2.5 lakh sheep will be made available for sacrificing on Eid and sufficient stock of daily essentials, among other things, that the government has taken so that people can celebrate the festival with fervor. Independent videos posted by several persons show people queuing at petrol pumps, ATMs, bakeries and other shops selling essential goods to stock up as they fear that the lifting of the restrictions is temporary and the state is in for a prolonged period of restrictions after Eid.

Whoever claims that there are no protests or there will be no protests is living in a fool's paradise. Let alone biased politicians or the separatists and their stooges, even normal people will protest against the withdrawal of the special status granted to them for 72 years. That is par for the course and expected. The government had factored this when it deployed a huge number of troops in the Valley before making the move. The Valley was a hotbed of protests, sometimes violent, even before the reading down of Article 370. Hence, it will see a lot of protests on this issue. The protests are muted now for four reasons - the restrictions in place, the festival of Eid on Monday, the fact that since most political leaders, big and small, are under arrest, there is no one to rally the people and lead the protests and also because Pakistani agencies handling terrorist operations in India are too stunned with the sudden developments and have not yet activated the sleeper cells in the Valley. But as days go by and restrictions are lifted and politicians are released, there will be prolonged protests that will often turn violent.

The best way to minimize these protests is to first announce a slew of new projects and job offers for the Kashmiri people. Simultaneously, announce the dates for the elections to the new state assembly under the newly created Union territory of J&K. The arrested politicians should be released after the polls are announced. But their response is predictable. No local political party will take part in the elections that they will denounce as being held by a conquering state. Farooq Abdullah had in the past said on camera that even if Narendra Modi becomes Prime Minister of India for 15 terms, he would not be able to touch Article 370. Mehbooba Mufti has warned of dynamite bursting if the government did anything to the Article. How can one expect them to contest elections after that? They will try to rally the people and organize large protest rallies. Opposition parties, like the Congress, the DMK and the NCP and the CPI(M), that opposed the government's move in Parliament are likely to pitch in. The Valley is in for a long haul and the matter is not going to be resolved in a hurry. It will need all of Modi's charm, diplomacy and patience to see this through and all of those will be needed in huge doses.