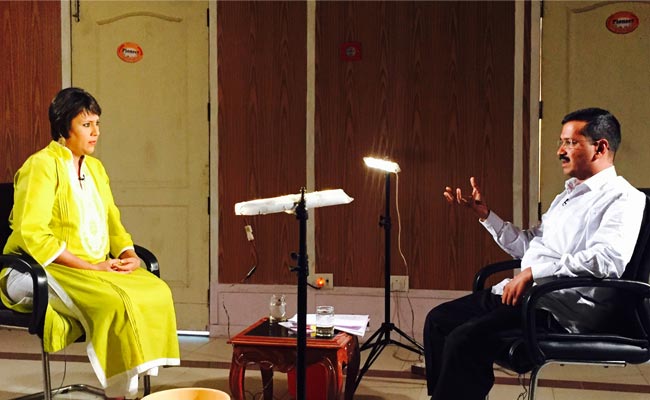 Editor-in-Chief of indiacommentary.com. Current Affairs analyst and political commentator. Writes for a number of publications. View all posts by this Author
Arvind Kejriwal is at it again. He has made it a habit of opening his mouth only to put his foot in it. He said in an interview aired by NDTV that Ã¢â¬Åthe house of LG has become the second headquarters of the BJPÃ¢â¬Â and that Ã¢â¬Åif Amit ShahÃ¢â¬â ¢s chowkidar calls him, he will go crawling.Ã¢â¬Â He also said that Jung was behaving like a polling agent of the BJP. Are these charges fit to be leveled without evidence against a person who holds a constitutional office? Is the language appropriate? But Kejriwal had earlier been caught on tape using fouler language and his Ã¢â¬ÅbhaisahebÃ¢â¬Â refrain at public meetings is just for show. Deep down, he is an undemocratic, uncouth megalomaniac who thinks everyone else is a fool.

Kejriwal and AAP want full statehood for Delhi. It is a reasonable demand given the fact that Delhi has an assembly where his party has won an overwhelming victory but his government has not been able to carry out its agenda due to the overlapping in decision making. Constitutional experts have opined that there are a lot of grey areas and they are equally divided on who is right Ã¢â¬" Kejriwal or the LG. The courts are also hearing the matter. Until judicial confirmation is received, how is Kejriwal so sure that his is the correct reading of the law on governance in Delhi?

It is only because he thinks (as always) that he is right and everyone else is wrong that he has made these charges against the LG. Kejriwal thinks the LG is exceeding his brief, interfering in governance of Delhi and not responding to calls from deputy chief minister Manish Sisodiya. Only the last charge, if true, is grave. Despite his preoccupations, the LG has to make time for a minster of an elected government. As for the other charges, there are many constitutional experts who think that Jung is acting according to law which prescribes that important files be routed through his office and many bureaucratic appointments can be made by him. Aggrieved by the LGÃ¢â¬â ¢s actions, the Delhi government had approached the Delhi High Court and the Supreme Court, with the latter asking the High Court to hear the matter. The matter is still being heard by the court.

In between, there was an effort at finding a way out of what was fast becoming a constitutional crisis as it was affecting governance in Delhi. Kejriwal has this habit of abrogating governance for issues he thinks are more important. In his first stint as chief minister, he resigned over the Lok Pal bill. This time around, he might do the same (although he has publicly admitted that resigning last time was a big mistake) over the continuing tiff with the LG. Or worse still, he might spend all his time fighting the LG and blow Delhiwallahs hopes of better governance under him. The mystery is that why this did not happen in his first stint as the chief minister. Was it because the UPA was ruling at the Centre and the Congress had supported KejriwalÃ¢â¬â ¢s government in Delhi?

The best way out of this crisis is for both parties to wait for judicial scrutiny of the constitutional provisions. For this, patience of an ascetic is required. One cannot expect this from a rabble-rouser like Kejriwal. He has queered the pitch by making such intemperate statements. His given attitude in everything is confrontation. He does not believe in negotiations or judicial scrutiny. For this reason alone, he is not democratic at all.