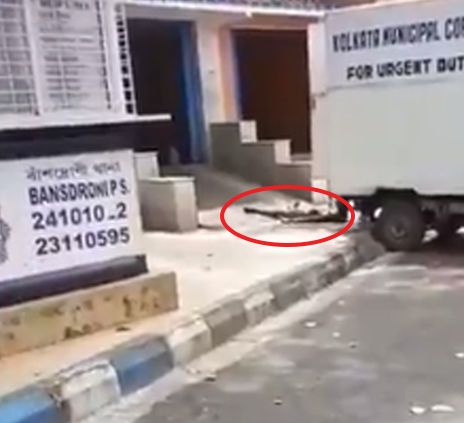 The bustling residential locality of Garia on the southern fringe of Kolkata witnessed a ghastly scene a few days back. A few trucks descended on the crematorium located in the residential area and workers started pulling dead bodies inside. The inhuman manner in which the bodies were being taken inside proved that those given the task had no respect for the dead. But the residents of the locality had other fears. They did not allow the workers to cremate the bodies at the facility as they feared that dead Covid-19 patients were being surreptitiously being brought there by the Kolkata Municipal Corporation (KMC). The bodies were later taken back, but not before there were ugly scenes and protests by the residents. One worker who had accompanied the bodies was overheard talking to someone on the phone and asking him whether he had sent them there to be thrashed.

The KMC later clarified that the bodies were of unidentified persons lying in several morgues across the city. They said that such bodies were cremated at the Dhapa (an area in east Kolkata where the city's solid waste is dumped) crematorium but since that facility has been earmarked only for Covid-19 bodies, the KMC was looking for other facilities for cremating unclaimed bodies. But the KMC should have realized that in these difficult and dangerous times, even a small spark could ignite a huge protest. It should have taken the residents into confidence before sending the bodies. It should have publicized the fact that all Covid-19 bodies were being sent to Dhapa and only unclaimed bodies lying in morgues were being sent to other crematoriums. That would have eased the process and things would not have turned ugly. Government and civic departments try to bulldoze their way but since people are now aware and concerned, they need to be informed beforehand. Also, the KMC should ask workers accompanying such bodies to show due respect to the dead and should not pull bodies by tying a rope to the leg or in any other inhuman manner.