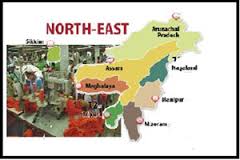 Lifeline to North-East Industry Extended Till 2017

Lifeline to North-East Industry Extended Till 2017

By our team of in-house writers. View all posts by this Author
The good news for industry in the North-East is that the government has clarified that despite the suspension of the North-East Industrial and Investment Promotion Policy (NEIIOO) 2007, the stated incentives under the package, including excise duty exemptions, will continue to be available to new units or existing units going for substantial expansion after 01/12/2014 up to 31.03.2017. By this clarification, the government has addressed the concerns of major industrial bodies in the region who were worried about the fall in investments in new units.

The North-Eastern region has traditionally been industrially backward because of its topography. Joined to the rest of India by a thin strip of land, the area was neglected by most companies as it lacked rail and road infrastructure. Setting up an industry in this region entailed a lot of hurdles, including payments to assorted insurgent groups, and was not economically viable. But with NEIIOO, a lot of things changed and many units were set up in Guwahati and other areas of Assam and some in other states. The main reason was that with excise duty exemption allowing them to set off higher transportation costs, higher labour costs and other âincidentalâ expenses, these units could compete with the rest of India.

Hence it is that after the government clarification, The Federation of Industry and Commerce of North East Region (FINER), has said that with this, the confusion in the minds of investors will get dissipated and the approximately Rs 30000 cr in investments that was kept in abeyance, will be fast-tracked. Of course there have been rumours about ghost units being set up only to avail of the incentives, but those are few and can be eliminated with tighter monitoring. Overall, it is a welcome move by the government that will continue to promote setting up of industry in the region.