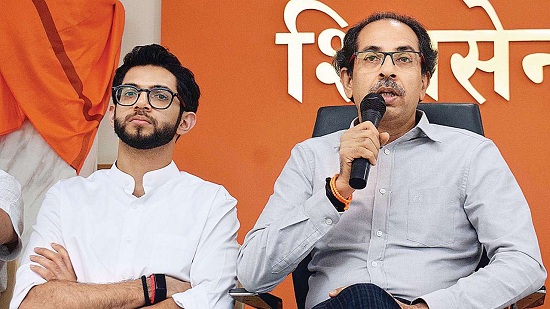 Maharashtra: Brinkmanship By The Shiv Sena Might Bring The State Under Governor's Rule

Maharashtra: Brinkmanship By The Shiv Sena Might Bring The State Under Governor's Rule

The game of brinkmanship continues in Maharashtra with the Shiv Sena moving all its MLAs to a hotel in Mumbai to prevent poaching by the BJP. As there were claims earlier that nearly 35 MLAs were in talks with chief minister Devendra Fadnavis to break away from the Sena and support him to form a government, the Sena top brass is taking no chances.

In the last couple of days, a lot has happened without any concrete results. Sena's Sanjay Rout met Sharad Pawar who refused to be lured into forming the government with the Sena. The NCPs stand is clear. They know that the BJP and the Shiv Sena have been together for 25 years and will be back again despite the current differences. Hence, he doesn't want to form a shaky government with an unpredictable ally. Further, Pawar does not want to end his alliance with the Congress which does not want to have any truck with the Sena.

Then, Fadnavis made a trip to Nagpur to meet RSS chief Mohan Bhagwat giving rise to the speculation that the organization will involve itself in the dispute. But nothing of that sort happened. Union minister and senior BJP leader Nitin Gadkari later asked people not to involve the RSS in the matter and termed Fadnavis' visit as routine. But it is obvious that the RSS is not taking kindly to the shenanigans after state elections, first in Karnataka and now in Maharashtra.

After that, there were rumours that in order to pacify the Sena, the BJP will sacrifice Fadnavis and move Nitin Gadkari to Mumbai as chief minister. But Gadkari scotched the loose talk by denying any such move. He categorically said that he was in Delhi and there was no way he was going to move to Mumbai. He also expressed confidence that the BJP will get Sena's support.

But with just a day left for government formation (after which the state would have to be put under Governor's rule as per law), the Sena's move to isolate its MLAs is not good for an amicable settlement between the allies. It seems even Sharad Pawar could not use his good relations with the Sena to bring it around. The overpowering wish to install Aditya Thackeray as the chief minister has prevented Sena from arriving at a negotiated settlement. But the BJP refused to give in to its strong-arm tactic and it is now clear that barring a last-minute breakthrough, the state is headed for Governor's rule.