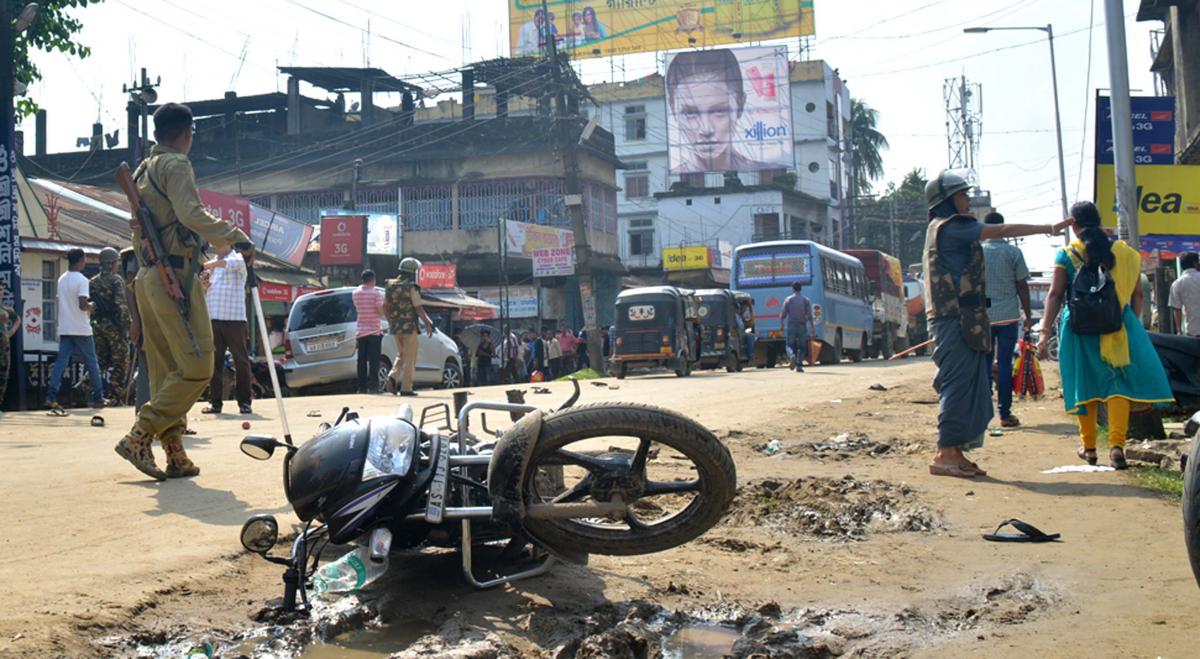 Editor-in-Chief of indiacommentary.com. Current Affairs analyst and political commentator. Writes for a number of publications. View all posts by this Author
Picture courtesy: nelive.in

As the state assembly elections draw closer, apart from the political upheavals, Assam is also witnessing attempts to disturb its secular fabric. Assamese society has never laid emphasis on religion and hence there have been lesser communal tensions despite it being a border state. As the newspaper The Assam Tribune pointed out in an editorial, Assam was peaceful even during such turbulent events as the Partition, the demolition of the Babri Masjid and the Mumbai riots. Hence, the recent disturbances in Agomoni in Dhubri disctrict and Silchar in the Barak Valley have to be seen as the handiwork of elements out to polarize the electorate ahead of the state polls.

Assam sits on a cauldron of communal tension because of two distinct things. The first is the massive and continued influx of Bangladeshi aliens â both Hindus and Muslims â who have brought in linguistic and cultural habits starkly different from the local population. Assamese society is marked by linguistic nationalism. The Bengali speaking population cannot understand this and hence cannot hope to ingratiate with the mainstream. The second is the rising popularity of the BJP on the one hand and the All India United Democratic Front (AIUDF) of Moulana Badruddin Ajmal on the other. The Union government has added masala by issuing the recent notification granting residence rights to Hindu Bangladeshis who have crossed over till December 31, 2014.

The AIUDF has been slowly, but steadily, making inroads in areas where there is a concentration of Muslims. It started with 10 assembly seats in 2006, increased its vote share spectacularly to emerge as highest vote getter in 25 assembly segments in the 2009 General elections and then got 18 seats in the 2011 assembly elections to emerge as the largest opposition in the House. More than its vote share and the number of seats it gets, it is the nature of its campaigning that is disturbing. It immediately polarizes communities along religious lines. The Union government notification referred above will provide further ammunition to Ajmal to step up the rhetoric.

The BJP, on the other hand, has never shied away from flaunting its Hindu nationalist agenda. In Assam, it is being helped by the RSS â the organization is spreading the word for the party through its extensive shakha network in the state. The party will try and make the most of the notification of residence status for Bangladeshi Hindus by trying to build a vote bank. But the Assamese society has not taken kindly to its divisive tactics and the spate of rallies by various Asomiya organizations and bandh calls are witness to the fact. It remains to be seen if the move is going to backfire.

This time around, the situation was brought under control by the joint efforts of the administration and civil society. But it would not be as simple every time. As the perpetrators become more adventurous, the sparks they ignite will be difficult to douse. The administration has to quickly identify and arrest the perpetrators. It has then got to be extra vigilant in spotting situations that can lead to communal tensions. Civil society groups also have to be proactive in crushing efforts to disturb the peace in society. As assembly elections draw closer, there will be numerous such attempts to create disturbances to polarize society for electoral gains. The Assamese people will have to stand up to these trouble makers to keep their communal harmony record intact.