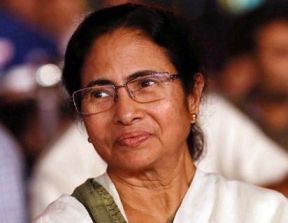 Editor-in-Chief of indiacommentary.com. Current Affairs analyst and political commentator. View all posts by this Author
Mamata Banerjee is a master politician when it comes to safeguarding the interests of her party. This was reinforced in the manner she moved swiftly to nix the allegedly ongoing talks between the state Congress and the CPM on fielding a joint candidate for the Rajya Sabha seat from Bengal that the opposition was likely to win. In doing so, Banerjee has killed many birds with one stone.

As for the CPM, steadily becoming a non-entity in Bengal with vote share getting reduced to single digit, Banerjees move has taken away even the last straw the party was hoping to clutch on. The party will now never trust the Congress and this effectively puts an end to any secular front it might have cobbled together with it. With the old guard retiring and no new mass leader emerging, the CPM is facing an existential crisis in Bengal and Mamatas move has perhaps put the last nail in its coffin.

But with this move, Banerjee has perhaps handed the BJP a glimmer of hope. Already, the party has emerged as the principal opposition in the state. Now, with little hope of the Congress and the CPM coming together, the secular vote is going to be divided three ways. If the BJP can consolidate the Hindu vote, especially after its spectacular victory in Tripura (which debunked the myth that Bengalis do not like the party per se), it will keep chipping away at vote banks in Bengal and can pose serious problems for the TMC in coming years.