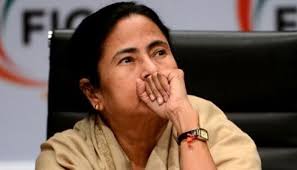 Sonia Gandhi has called a meeting of opposition leaders on January 13 to decide to work together to take on the alleged fascist tendencies of the BJP government in going ahead with the CAA and the NRC as also to protest against the violence being unleashed on campuses. But the person who first started the protests, West Bengal chief minister Mamata Banerjee, is not going to attend it. This is a stinging blow to the efforts to unite the opposition and shows that the cracks are so deep that the opposition parties cannot even channelize the extreme anger and frustration the common man is feeling across the country into a proper movement due to their differences.

Banerjee is miffed with the opposition, mainly the Congress and the Left, for following double standards. The immediate trigger for her ire is the violence witnessed in West Bengal during the Bharat Bandh on January 8 called by the Left parties and supported by the Congress. Bannerjee's party, the TMC, had not supported the bandh. The Left had accused her of diluting the protest by not bringing a resolution against CAA in the assembly. Banerjee's stand is that since a resolution was already passed against the NRC in the West Bengal house, there was no need for a fresh one.

She lost her cool when the opposition MLAs insisted on the resolution. She is reported to have told them that they cannot dictate what shape the protests should take in the state as she was the one who started it all. She said that if need be, she will fight alone and will not attend the meeting in Delhi. Banerjee is a fiery politician who protects her turf like a tigress. The opposition knows this. But with the Left and the Congress reduced to also-rans in the state, they think the CAA-NRC and the rising prices afford them an opportunity to get back into the good books of the people. But Banerjee is able to see through their attempts. With her decision not to attend the meeting, the opposition has lost someone who could have taken the fight against the CAA-NRC to an entirely different level on an all-India basis.