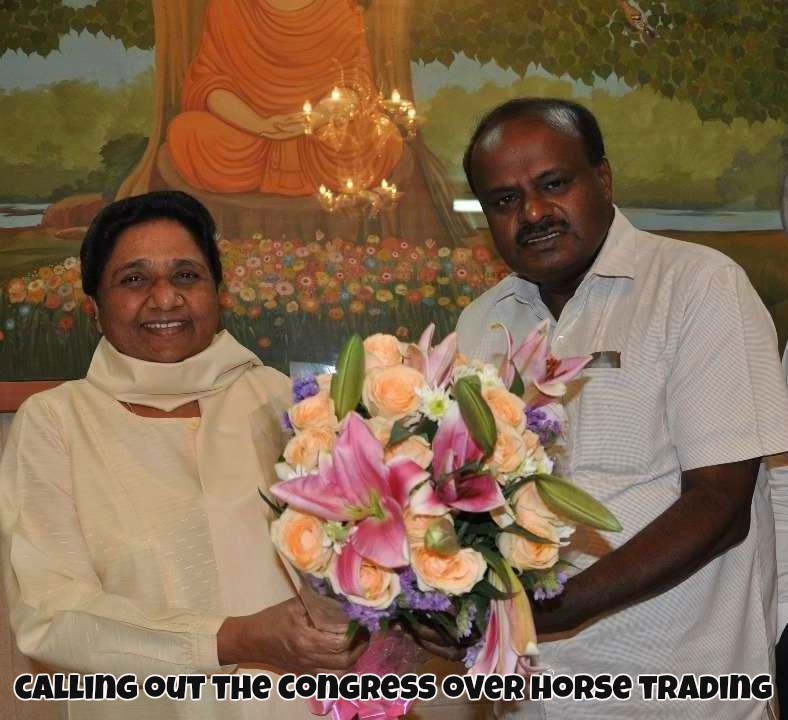 Mayawati And Kumaraswamy Call Out The Congress Over Horse Trading

Mayawati And Kumaraswamy Call Out The Congress Over Horse Trading

While the Congress is trying to take the high moral ground in Rajasthan by calling out the BJP for indulging in horse-trading, at least two political leaders - both former allies - have said that with its past record, the Congress is not the ideal party to raise such questions.

Mayawati's grouse is justified. She has assiduously built up a space for her party in many states. While the tally in other states has been going down lately, with some states not electing a single BSP MLA in successive assemblies for the last 15 years, Rajasthan is one state which has always elected some BSP candidates. The six elected this time equaled the record set in 2008. Hence, to lose all of them, and the party set up in the state, to the machinations of the Congress will hurt badly. She has said that she could have filed a case against the legislators earlier but was waiting for the right moment to teach the Congress a lesson.

Kumaraswamy, on the other hand, called Congress "another name for horse-trading". He said the party is an expert at dividing political parties and purchasing MLAs. Referring to the 6 BSP MLAs, Kumaraswamy asked the Congress "If you are dividing like-minded party MLAs supporting (you) through deceit, who would support you? Are these mistakes not visible to you?" Kumaraswamy also reminded the Congress, which was crying hoarse about purchase of MLAs, that it had divided the JD(S) in Karnataka in the past.

Kumarasway said "haven't they made attempts to divide? Is it not a fact that for the sake of one Rajya Sabha seat, the Congress government in Karnataka purchased eight JD(S) MLAs? Is this democracy? Both parties (Congress and BJP) are criminals in purchase matters." He added further that "when SM Krishna was the CM (of Karnataka), didn't the Congress buy our MLAs? Didn't the Congress conspire to form a government after the 2018 Assembly polls by buying our MLAs? Does Congress have the moral courage to answer these questions?" He said that the Congress was carrying out the "Save Democracy" campaign across India over the situation in Rajasthan without giving a damn about its own record in this matter.