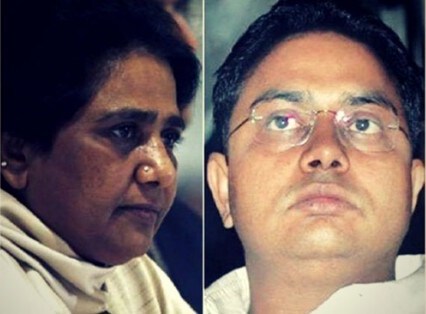 Mayawati Defends Her Brother And It Doesn't Cut Ice

Mayawati Defends Her Brother And It Doesn't Cut Ice

The response of BSP supremo Mayawati after the Income Tax department attached seven acres of prime land near Noida allegedly owned by her brother Anand Kumar is deplorable, to say the least. Mayawati said that the BJP and its ideological mentor the RSS did not want the progress of the deprived sections and use power and government machinery against them. She also questioned the source of over Rs 2000 crore which she claimed the BJP got in its bank accounts before the elections, hinting that if the seized plot was benami, so were the funds. But never once did she say anything about the illegality of her brotherâs action in holding a benami property.

Mayawati should know that two wrongs do not make a right. If the BJP got the funds which she alleges to be benami (in reality these were got through the Electoral Bonds which are also an opaque but legal way of funding, but that is another issue) does that make it proper for her brother to acquire benami property? If Mayawati is so piqued by the BJP getting the funds, she should have approached the Election commission or the courts to have the bank accounts frozen after showing evidence. But using that to defend her brother is stupid.

There have always been rumours about the BSP and Mayawatiâs hangers-on and relatives making a lot of money. The source of the enormous funds a small regional party like the BSP is able to collect year after year always remains a mystery. If her brother is able to acquire a Rs 400 crore plot, it is clear that it has been done with ill-gotten wealth. Her brother is not a hot-shot businessman. He is also not a film star changing Rs 50 crore per film to have so much money. In reality, he is a wheeler and dealer who has connections with builders and industrialists and helps them in various ways through a maze of shell companies for which he is obviously paid well. So Mayawati cannot fool people by making wild allegations against others. She says the BJP is suppressing the voice of the deprived classes. The fact is that the Dalits and other backward classes are dumbstruck that someone who professes to be their leader and well-wisher is rolling in so much money while they do not get two square meals a day.