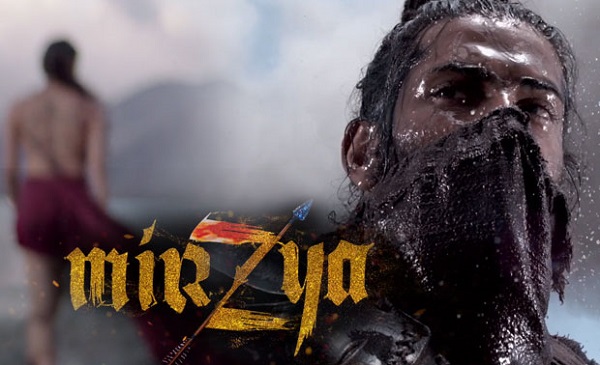 Editor-in-Chief of indiacommentary.com. Current Affairs analyst and political commentator. Writes for a number of publications. View all posts by this Author
Saw Mirzya. Was left cold. When a director over indulges himself, he forgets storytelling and loses control over his craft. If content is king and if Rakesh Omprakash Mehra thought he had great content in juxtaposing Mirza-Sahiban with modern day Adil-Suchitra, he started going wrong when he thought frames would compensate for narration. The film drags and the viewer loses interest. It becomes difficult to believe that the same director gave us Rang De Basanti.

The male debutante of the film, Harshavardhan Kapoor has taken to Instagram to say that whenever you try and build a new path by not doing the conventional thing, people will take time to see and recognise it, first they will bring u down then they will eventually buy you drinks , but I only drink the best whisky so be ready that time will come , once an artist always an artist. This shows that he has taken failure badly.

But Mirzya is not the failure of Harshavardhan Kapoor (although it will count as one in his filmography). Neither is it one for the other debutante Saiyami Kher. Or for that matter any of the other actors. It is the failure of the director. You can personally feel that you have done an avant garde job by jumping back and forth between two periods, but when it starts irritating the viewer, you have not done your job judiciously. The same thing has been done in a much better w+ay by others in the past. The trouble with Mehra is that he takes his job too seriously. It will help if he loosens up a bit.

Harshavardhan and Saiyami can hold their heads high though. Despite a bad product, they shone brightly. One could make out that they were held back by the directors vision. Saiyami, particularly, shows a free spirit that can take her very far. Harshvardhan, on the other hand, shows much intensity, but has to take care that he does not traverse the path taken by Abhishek Bachchan. A few wrong choices can spoil it for him, like they did for Bachchan, despite an equally intense performance in his debut film, Refugee.