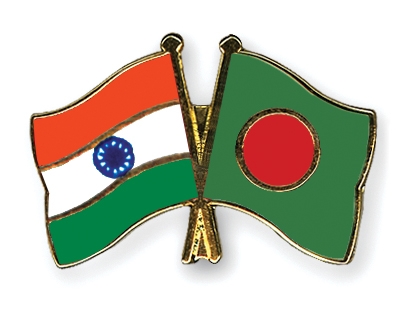 By our team of in-house writers. View all posts by this Author
Prime Minister Modi completed a hugely successful trip to Bangladesh. With the Land Boundary treaty in the bag, the trip was expected to be historic. But Bangladesh, on its part, allowed several concessions to India that will go a long way in reducing tensions, increasing trade and induce Indian industry to make big investments in that country.

Apart from the government to government bonhomie, ModiÃ¢â¬â ¢s visit generated the biggest positive in converting Bangladeshi hardliners. Parties like Jamaat Islami and Khaleda ZiaÃ¢â¬â ¢s BNP openly welcomed the Indian prime minister despite his full show of support for his Bangladeshi counterpart Sheikh Hasina. Modi even went to the extent of saying that Ã¢â¬ÅSheikh Hasina and I think alike.Ã¢â¬Â But the opposition parties in Bangladesh did not go charging after Modi this time because they knew that in the wake of the ratification of the Land Boundary agreement, public opinion was in favour of India and Sheikh Hasina. Hence, first Jamaat Islami leader Moqbul Ahmad Ã¢â¬ÅwholeheartedlyÃ¢â¬Â welcomed Modi and then Khaleda Zia sought and appointment and met the Indian premier. This is a sea change from a year back when these parties were whipping up anti-India sentiments in the neighbouring nation. More than anything else, the success of ModiÃ¢â¬â ¢s trip should be benchmarked by the change it brought in the usually hostile opposition parties in Bangladesh.

Bangladesh announced that 600 acres would be given to establish Special Economic Zones (SEZs) for Indian industry to invest. It has allowed LIC to start business in that country. It has offered to provide internet bandwith to the Northeast. It has allowed transit facilities for Indian vehicles through Bangladesh, starting with a Kolkata- Dhaka-Agartala bus service flagged off in Dhaka by Modi. But best of all, it has allowed India to use ports at Chittagong and Mongla, which will hugely reduce the time taken for movement of goods by sea from India. As China had developed Chittagong port, this decision has strategic implications as well.

Modi, on his part, extended a $ 2 bn line of credit to for development of infrastructure, education and health services in Bangladesh. This would create 50000 thousand jobs for Indians. He also promised to increase supply of power from 500 MW currently to 1100 MW in two years.

Although the river waters sharing issue remained unsolved, the Bangladeshis were convinced that the Modi government was working with regional players in India and would think of a way out in the near future. Hence, no 2011 type backlash occurred from the opposition parties. This is the way ahead for bettering relations between countries. Solving issues that can be solved relatively easily builds an atmosphere of trust and understanding. This leads to a spirit of give and take which ultimately results in more contentious issues being solved over time. The Teesta and other river water issues will take some time to be resolved. But the ground has been laid.

Another area of concern was the impunity with which terrorists organizations use the territory of one country to foment trouble in the other. India and Bangladesh have recognized this fact and in a joint statement declared that there will be zero tolerance for terrorist activities and both countries will cooperate to put an end to such activity.

If tangible results were a benchmark, despite being short, this is ModiÃ¢â¬â ¢s most successful overseas visit and it will improve relations with Bangladesh like never before if pending issues are not put on the backburner.