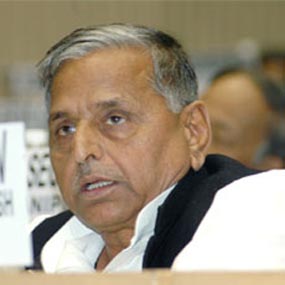 Editor-in-Chief of indiacommentary.com. Current Affairs analyst and political commentator. Writes for a number of publications. View all posts by this Author
Mulayam Singh Yadav has made two statements in a day which just go on to show how his mind works and how he chooses to interpret and analyze events and people. Both of them show him in very poor light.

First, he said that distributing laptops before the 2014 elections was a mistake as these laptops were used to access the speeches of Narendra Modi and contributed to the defeat of his party, the Samajwadi Party, in the Lok Sabha polls. As usual, Mulayam has chosen to see only that picture which has been shown to him by analysts in the party or one that he himself wants to see.

Further, by saying that the UP government had given CDÃÂ¢Ã¢âÂ¬Ã¢"Â¢s of Samajwadi Party anthem and speeches of its leaders along with the laptops, Mulayam has admitted that the party was trying to promote itself at the cost of the UP exchequer. For, handing out laptops was a UP government decision. The party had no business tagging its CDÃÂ¢Ã¢âÂ¬Ã¢"Â¢s with the laptops. But it has been a disturbing feature of Indian politics that the difference between the party and the government is usually blurred by the ruling dispensation.

Then, he went on to brand all Gujaratis as liars. Addressing the SP national womenÃÂ¢Ã¢âÂ¬Ã¢"Â¢s conference, Mulayam said that ÃÂ¢Ã¢âÂ¬Ã"Gujarat ke logon ko jhooth bolne ki aadat haiÃÂ¢Ã¢âÂ¬ÃÂ (the people of Gujarat are habitual liars). In a bid to attack Narendra Modi (who is from Gujarat), Mulayam allowed his mind to be clouded and went on to paint a whole people with the same brush.

Mulayam should know that a few thousand laptops distributed to meritorious students do not have the power to win or lose elections. Even if, as he claims, these laptops were used to access ModiÃÂ¢Ã¢âÂ¬Ã¢"Â¢s speeches or his social media campaigns, they could have converted just a handful of voters. But the claim itself is dubious because the students to whom these laptops were given must have had more serious things to do on them instead of following Modi on twitter. Mulayam should look for better reasons for the SP debacle in the 2014 Lok Sabha elections.

Then, his claim that all Gujaratis are liars is something that should be seriously protested. Targeting Modi, he said that in his view, those who did not fulfill their electoral promises were corrupt. By that token, he himself will be the most corrupt politician in India as he has time and again failed to deliver on his promises. The people of UP rejected his candidates because of this.

The time has come for Mulayam to retire from active politics. For, he has become senile and harms the party by making these stupid and unwarranted statements.