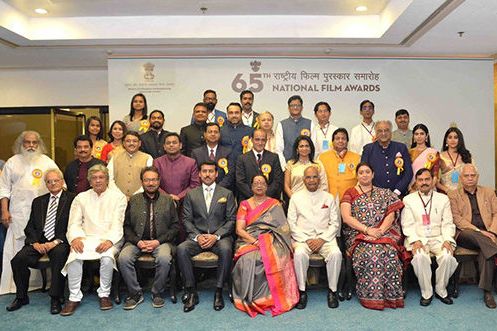 View all posts by this Author
The national film awards have been mired in a controversy that could have been avoided by an efficient I & B Ministry. More than fifty awardees boycotted the event as the President did not hand out all the awards. No one likes last minute changes in convention, more so when it involves recognition as prestigious as the national film awards. Awardees know that the President of India hands over all the awards. The invitations issued to them also said as much. They were even put through rehearsals and drills accordingly. But just a day before the event, they were told that the President will personally give awards to winners in 11 major categories and the rest would be handed out by the I&B minister, Smriti Irani and her deputy Rajyavardhan Rathore. This was being done, they were told, as the President had asked for a change in protocol and further, his schedule did not permit spending more than one hour at the function. Hence, the pique of the winners was understandable.

Is the government downgrading the national film awards? As it is, the NDA government is seen as being against artistic freedom. If the President wanted a change in protocol, his office must have communicated this to the I&B ministry well in advance. If he didnt, then it was a serious lapse on his part. Further, the time and date of the function were decided in advance. The Presidents office must have been aware how much time is consumed at such events. Why then did his schedule go awry? The fiasco reflects very poorly on the coordination between the I&B ministry and the Presidents office.

As for the awardees, despite their disappointment at not getting the awards from the hands of the President, they should have recognized that the award itself, and not who hands it over, was more important. Such was the situation that even repeated meetings with Shekar Kapur, who chaired this years jury and acted as the governments emissary to placate the disgruntled awardees, failed to bring them around. In order to hide its inefficiency the I&B ministry now says that the boycott was motivated. But the ministry should learn a lesson from this and give due importance to such national events. If the President did not want to hand over all the awards, this must have been known to the ministry well in advance. The awardees should have been informed accordingly and the controversy must have been avoided.