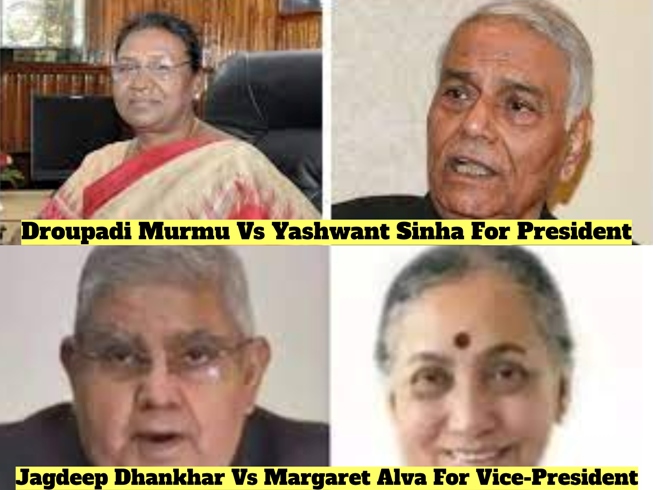 NDA Candidates Likely To Sail Through

NDA Candidates Likely To Sail Through

While in naming the candidate for the presidential elections the opposition had taken the lead allowing the BJP to counter it with a strategic and strong candidate in Droupadi Murmu, this time they waited for the NDA to announce its candidate first. After the NDA announced the name of West Bengal governor Jagdeep Dhankhar as its candidate, the opposition has come up with Margaret Alva's name. But it is clear that as in case of the presidential candidate, the joint opposition candidate for the vice-president's post is also not going to receive support from all opposition parties. Already, the BJD has announced that it is going to support Dhankhar. AIADMK has also indicated its support for him. The JMM, on the other hand, after breaking rank with other opposition parties to support Droupadi Murmu as she was a tribal, has said that it will support Alva. YSRCP has not made its position known till now but is likely to support the NDA candidate.

The NDA candidates are likely to sail through easily in both the elections as the opposition is not united and the NDA is short by just a few percentage points which parties like BJD and YSRCP will make up for it.