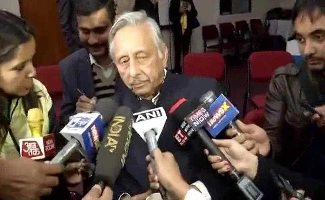 Editor-in-Chief of indiacommentary.com. Current Affairs analyst and political commentator. Writes for a number of publications. View all posts by this Author
This was not expected from the suave Mani Shankar Aiyar. Calling the Prime Minister of the country neech is a strict no-no, even by the abysmal standards of Indian political discourse. The explanation that he gave about meaning low, or neecha, and confusing it with low-born, or neech as he is not familiar with the intricacies of the Hindi language doesnt wash, as someone with Aiyars academic background should not use words he doesnt understand.

When asked about his offending remark Aiyar is first reported to have retorted as Why was PM taking a jibe at Congress and Rahul Gandhi at inauguration of a Centre on Baba Saheb Ambedkar? Every day, PM is using foul language against our leaders. I am a freelance Congress person and I hold no post in the party, so I can respond to the PM in his language. Does this mean that there will be more gutter language from him in future?

Mercifully, the office of Rahul Gandhi got into the act quickly and asked Aiyar to apologize. In a tweet, Rahul said BJP and PM routinely use filthy language to attack the Congress party. The Congress has a different culture and heritage. I do not appreciate the tone and language used by Mr Mani Shankar Aiyer to address the PM. Both the Congress and I expect him to apologise for what he said. Aiyar apologized promptly by saying I meant 'low level' when I said 'neech'.. If it has some other meaning, then I apologise.

Obviously, the BJP has gone to town to make political capital out of Aiyars offensive remark. They have called it feudal arrogance and "darbari soch. The PM tweeted they can call me 'Neech'- Yes, I am from the poor section of society and will spend every moment of my life to work for the poor, Dalits, Tribals and OBC communities. They can keep their language we will do our work.

It seems that Aiyars remark may backfire. While there are no neech people, people who are often referred to as such by the likes of Aiyar will take immediate offence to what he said. Now, more than ever, they will be inclined to accept Modi as one of their own and may even vote for him despite social engineering by the Congress. Even as sections of the media were saying that the BJP lead was vanishing, Aiyars remark may widen the gap once again.