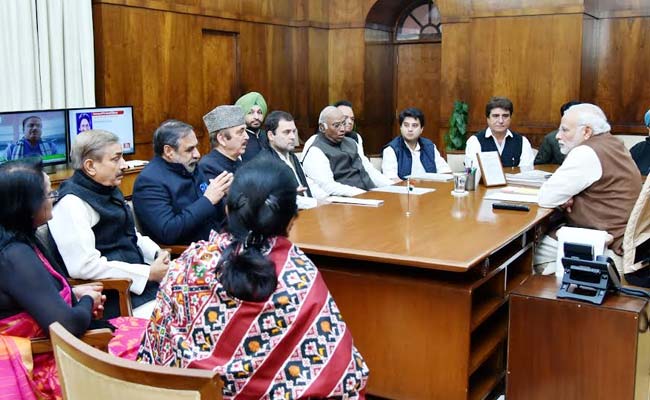 Opposition Unity Goes For A Toss As Rahul Meets Modi

Opposition Unity Goes For A Toss As Rahul Meets Modi

Editor-in-Chief of indiacommentary.com. Current Affairs analyst and political commentator. Writes for a number of publications. View all posts by this Author
The Congress party is moving one step forward only to go back several steps. The biggest hindrance in its progress is the burning ambition of Rahul Gandhi to assume the mantle of first among equals among the opposition leaders. The Congress fails to realize that it has been reduced to irrelevance in several states. If regional parties like TMC, AAP, JD (U), BSP, DMK and others are supporting it in the note ban protest, it is only because these parties themselves have no influence outside their respective states and feel they need the Congress for its all-India infrastructure to make the protest meaningful. But when it comes to leadership, there are several claimants. But most of them allowed Rahul to take lead at the press conference, bowing to the size and reach of the oldest political party in India.

That this coming together of diverse parties was too good to last was proved at the first hurdle. Rahul Gandhi, with a delegation of Congress leaders, met the prime minister on Friday. Thereafter, Sonia led a march to Rashtrapati Bhawan to apprise the President of the concerns of the joint opposition against the note ban. What was supposed to be a show of opposition unity actually showed how disunited they are. Except for Trinamool Congress and the alliance partners of the Congress in Bihar, the JD (U) and the RJD, all other parties pulled out of the march, citing Rahul Gandhis unilateral decision to meet PM Modi. The parties were miffed and said that if at all there was to be a meeting with the prime minister, a joint opposition delegation should have met him.

Rahul Gandhi and the Congress are playing a devious game. They have rallied the opposition together to stall work in parliament. The opposition has played ball as the Congress has the most MPs in Rajya Sabha. But the Congress is in a hurry to project Rahul as the leader most suitable to lead the opposition and take on Modi. This is not acceptable to most opposition parties. Mamata Banerjee dreams of a bigger role for herself on the national scene. Kejriwal thinks he is prime minister material and is wasting his time heading a powerless government in Delhi. Nitish Kumar has already anointed himself as the man most likely to be prime minister in 2019. Most of these leaders are senior to Rahul and given Congress pitiable national standing now, are unlikely to yield much space to Rahul when it come to leading a joint opposition.

If the Congress wants to unite the opposition and then be in the forefront of the fight against Modi and the NDA, it has to change its tactics. Insisting on foisting Rahul as leader on unwilling seniors is not going to work. Taking unilateral decisions, such as meeting the PM alone, is also not going to work. The other opposition parties are already saying that they are as much concerned with the plight of farmers in UP and elsewhere after demonetization so why Rahul and the Congress went alone to take this up with the PM, especially since they were fighting unitedly in Parliament. In short, they are accusing Rahul and the Congress of sabotaging opposition unity by trying to project themselves as being above the other parties. This short-lived and opportunistic unity achieved little other than wasting an entire session of parliament. In the process, Rahul Gandhi must have won more enemies than friends in the other parties.