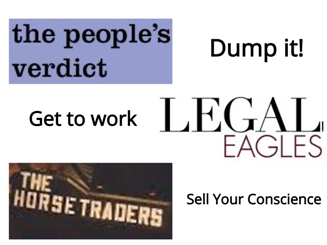 Over To Legal Eagles And Horse Traders

Over To Legal Eagles And Horse Traders

Editor-in-Chief of indiacommentary.com. Current Affairs analyst and political commentator. Writes for a number of publications. View all posts by this Author
There is only one way by which BS Yeddyurappa can prove majority on the floor of the house and that is by buying the loyalty of opposition MLAs. Reports in a section of the press saying that about a dozen Lingayat MLAs from the Congress and the JD(S) might rally behind BSY, who is a Lingayat, to make one from their community the chief minister are nothing but balderdash. If that was the case, all Lingayat politicians would have left their respective parties and joined the BJP before the elections as it was the only party which had chosen a Lingayat as its CM face.

Lets face it, if BSY manages to prove his majority it will only be because of horse-trading. BSY is quite adept at that, having done a similar act with Operation Lotus back in 2008. This time, he has the added advantage of having the canny Amit Shah in his corner. Together, they will most likely get the numbers before the time limit of 15 days, if the Supreme Court does not spoil their party in the meantime.

The Congress-JD(S) combine thinks that confining MLAs to a resort will prevent them from changing sides. But there are many other channels of communication  through family members, underlings and other leaders  that can be exploited to strike a deal even without the MLA being present. The signal can be given to him when he is brought to the assembly for the vote of confidence. If any party makes it a mission to snare MLAs no resort is going to stop it from doing so.

The only thing that can stop this mess is the Supreme Court. The SR Bommai case of 1994 and the verdict in the Rameshwar Prasad case in 2006 have laid down the guidelines which governors are expected to follow in cases of fractured mandate. But still, the constitution does not say that the governor has to act in a particular way. It leaves it to his discretion. Now the apex court will have to decide whether Vajubhai Vala applied his discretion in a proper and legal manner or acted in a partisan manner to invite the BJP. But what will happen if the BJP proves its majority on the floor of the house before the SC decides anything?