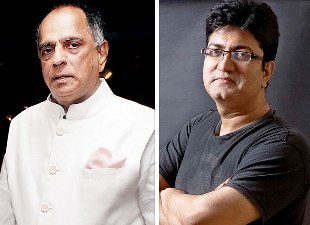 Yogendra is undecided whether he wants to be a writer. So he writes to see if he can be a writer. Ha Ha View all posts by this Author
It remains to be seen how Prasoon Joshi tackles the top job at the CBFC, but it is good that the government has finally decided to show Pahlaj Nihalani the door. It was quite evident that Nihalani was becoming an embarrassment (he has admitted so himself). Ever since he took over, Nihalani has been trying to impose his own will on the working of the body. He started with cuss words and then in the end even tried to block cow from the movie on Amartya Sen. Bodies like CBFC cannot work on the whims of a single person. There are rules and personal likes and dislikes of the chief do not count.

Joshi is, by all accounts, a sensitive and creative person. He is expected to weigh the pros and cons of censor moves and is not expected to impose his own will on decisions. Even Shyam Benegal, who headed a committee nominated by the government to suggest structural changes in the working of CBFC, has welcomed Joshis appointment. Frankly, after Nihalani, almost anyone else from the film fraternity would be welcome.

This brings us to the moot question: why is the government sitting on the Benegal committee report? At the time it was received, I & B minister Arun Jaitely had made big promises on adopting its recommendations soon to make the working of CBFC transparent and rule-bound. But more than 6 months have passed without any move on the governments part. The Indian film industry is doing interesting work with a lot of new talent. Creativity will be killed if artistic freedom is restricted in the name of censorship. The government must adopt the Benegal committee recommendations and ensure that the CBFC just certifies films without having the power to cut scenes or beep dialogues.